Frank Mir’s daughter Bella Mir is one of the more interesting prospects coming up in WMMA. Mir has long taught his daughter about mixed martial arts and what it takes to be victorious in any combat sport.

Bella has long been doin wrestling and has even competed in jiu jitsu as of recently.

But for Mir the choice to go pro might counter some of the advice that was given to her from top names in the sport of mixed martial arts.

Bella Mir wasn’t scouted despite stellar wrestling track record in highschool due to the fact that most presumed she would follow in her father’s footsteps and make her MMA debut. This meant that Mir had a non choice just several months ago.

Her dad, the legend Frank Mir then turned to Daniel Cormier and UFC president Dana White and asked them if they would be so kind to share some advice with his daughter.

“I actually had a meeting with Dana and Daniel Cormier and we talked about fighting,” Bella said. “My dad fought in the UFC so he knows Dana really well. We were having dinner and a little meeting and (Dana) actually told me to go to college first and not fight right out of high school. ”

“He said I should develop and get better at wrestling. I obviously agreed because I feel like he knows what he’s talking about. They were the ones that helped me to decide.”

“Daniel was the one to help me decide to go to Iowa because I didn’t know what college to go to. I wasn’t getting recruited since I told everyone that I was going to go straight into fighting.”

“Daniel told me that I needed to go to Iowa since he knows the coach and she’s really cool. He actually put in a good word for me.”

“One of my coaches down here, Chase Pami, knows Clarissa pretty well — so I had people putting in a good word for me.” Bella told flowrestling.

But despite all that Mir appears to have taken the harder route – and opted for a professional MMA debut.

Recently news surfaced that Mir will be making her professional debut at XFN. 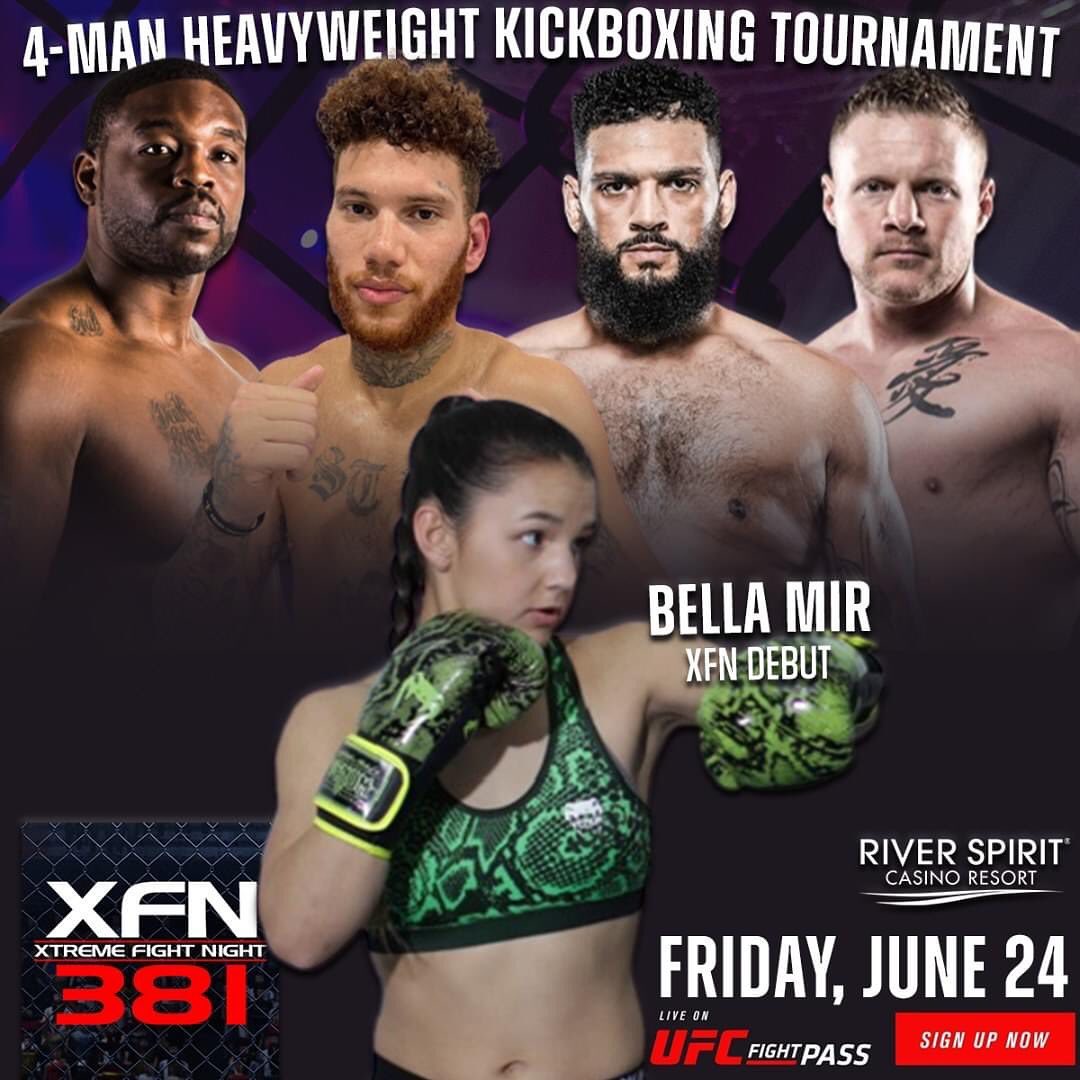 “Sheeee’s back.
One month from today, my daughter @ladymir11 will be competing in her 3rd pro MMA bout and her first for @xfnfighting
If you’re in the Tulsa area be sure to be at @riverspiritcasino or watch from anywhere on @ufcfightpass”

Interestingly, Bella is still committed to Iowa as per her instagram profile.