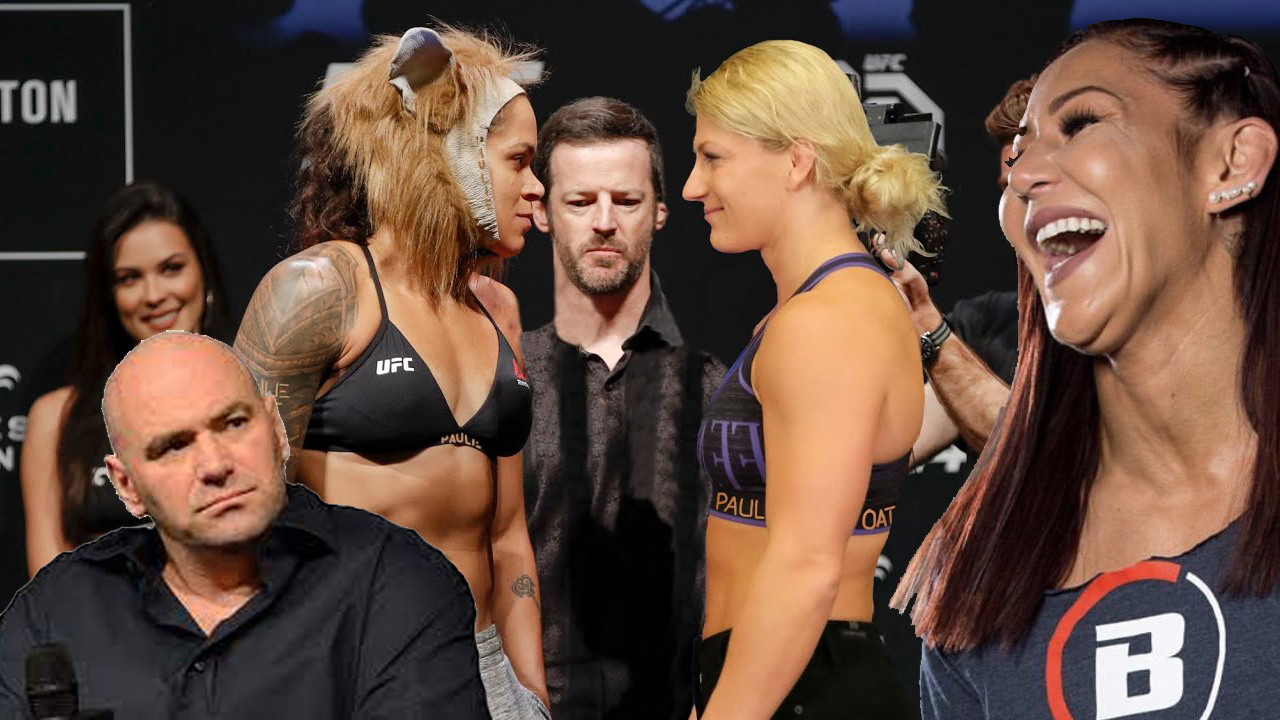 To remind everyone – White is likely low balling Kayla Harrison. Harrison just became a free agent with her PFL contract expiring. Harrison is also unlikely to get paid even remotely close by the UFC because PFL is structured so that the winner of the division tournament is to receive one million dollars for the play off fights. Many believe this model is unsustainable considering PFL viewership.

To accomplish lowering Harrison’s value White implied that she has been fighting duds. And in reality Harrison’s opponents are really not very impressive.

“Kayla Harrison hasn’t fought anybody yet. She hasn’t fought anybody. Let me put Amanda Nunes in with the girls that she’s fought, might be the first death in MMA, okay? And listen, I like her. I got nothing against her. But come on, let’s be honest.”   Dana White told Kevin Iole.

But while making this point White undermined his own champion. This is where Cris Cyborg comes in. Notably one of the only 145lbs competitors that are actually big enough to compete at 145.

Cyborg was dropped from the UFC in 2019 after her social media team released an edited video of her confrontation with White backstage at UFC 240. Cyborg approached White about his alleged insults behind her back, and asked him for a rematch with the women’s featherweight champion Amanda Nunes. Ultimately, Cyborg’s team released the raw footage, revealing that some of White’s words had been misconstrued. In fact, the promoter had been supportive of Cyborg’s tenacity.

But the animosity stayed – and is still there. Which lead Cris Cyborg to point out Amanda Nunes basically has no good opponents in the 145lbs division.

“I’m confused.,.Nunes next opponent is 2-2 in her last 4 fights and on a 1 fight win streak. Her last two opponents aren’t even signed to the promotion anymore. If she’s the GOAT why isn’t the @ufc making the big fights for the fans?”

I’m confused.,.Nunes next opponent is 2-2 in her last 4 fights and on a 1 fight win streak. Her last two opponents aren’t even signed to the promotion anymore. If she’s the GOAT why isn’t the @ufc making the big fights for the fans? https://t.co/o9WJr21vfG

And Cyborg is not wrong. Nunes last 3 opponents were Megan Anderson (11-5), Felicia Spencer (8-3) and Germaine de Randamie (10-4). Anderson was even released following the loss from Nunes from her UFC contract.