Conor McGregor just had a great time supporting teammates at Bellator 275. IT was a welcome break SBG needed following the Johnny Walker controversy and calls for John Kavanagh sacking.

On the road to the even McGregor shared a picture of his surgery scar following the surgery to repair damage from a catastrophic leg break earned last summer during the 3rd fight against Dustin Poirier. 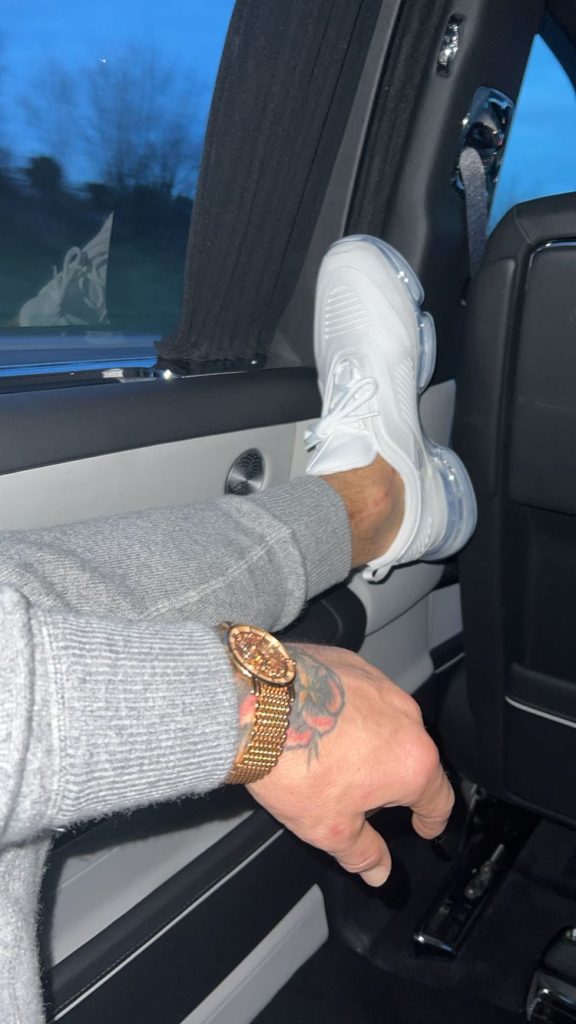 McGregor appeared comfortable on his feet and was on hand to answer some questions about his own MMA career after the fact.

SevereMMA got the lucky break and got to ask Conor McGregor for an MMA update.

“April, they said I can spar again and I can box again basically,” McGregor said. “So I’m just going to take it day by day. Hopefully, now, once I get back sparring, I’ll know weight, I’ll know feel, I’ll know my own style. You know what I mean? I’m going to develop a different style, I’d imagine, so I’ve been shadowboxing a bit lately and I feel like I’m just getting the bearing of myself. But I feel good. I’m grounded on my feet, I can stop and start and take off. It’s just the little twists or a torque, I’ve just got to be careful on.”

“I’m in no hurry, no rush,” McGregor added. “I know a lot of people are supporting me and I want to do them well. I want to do my support well, and that’s what we’re going to do.”

McGregor also expressed he wishes reigning champion Charles Oliveira wait him out instead of fighting Justin Gathje in May.

“If your man’s wise, he might give it another month or two,” McGregor said of Oliveira. “July seems OK for me. I can’t say too early, but July, if I’m sparring in April, May, June, July — I could slap the head off of most of these guys at the end of April.”