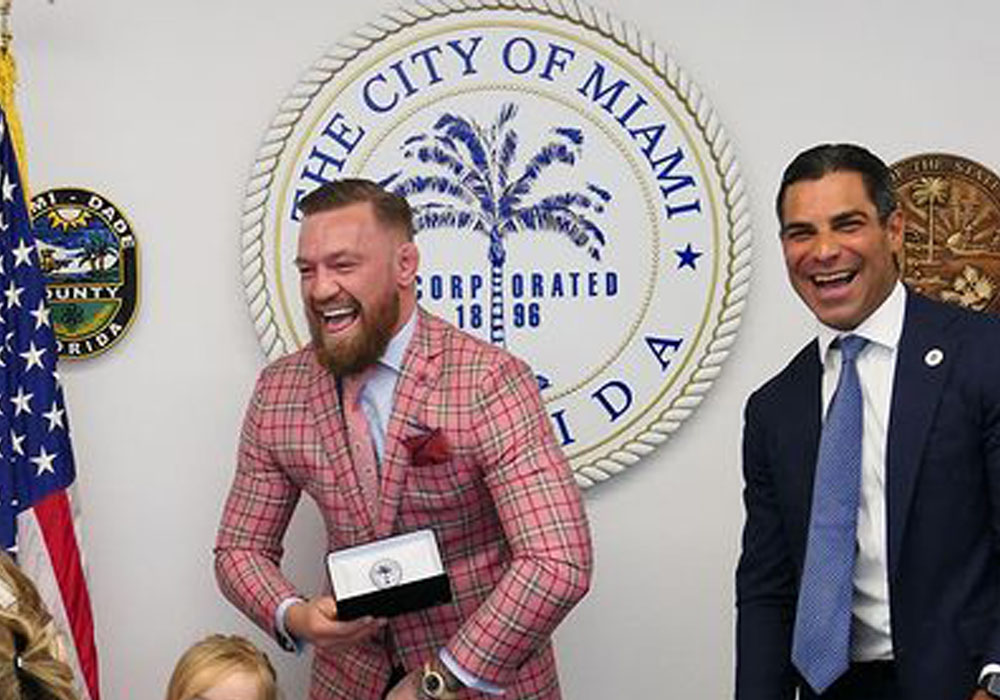 Conor McGregor has embodied all the qualities worthy of a Florida man internet meme. To quote one article on the phenomenon:

Since Florida Man was first defined on Twitter in 2013 as the “world’s worst superhero,” many men (and it’s almost always men) have assumed the mantle. He is a man of a thousand tattooed faces, a slapstick outlaw, an Internet-traffic gold mine, a cruel punchline, a beloved prankster, a human tragedy and, like some other love-hate American mascots, the subject of burgeoning controversy.

And McGregor has it all. He’s the perfect antihero, his tattoos are debatable and he’s definitely an internet traffic gold mine and as of late – a cruel punchline.

Now McGregor can brag about a whole new thing. He’s officially a citizen of the Sunniest State. Just overnight, he was given the keys to Miami.

In other news, Conor McGregor has been awarded the key to the City of Miami. Not sure why, but he has.

“The Mac with The Key to The City of Miami!
Thank you Mayor Suarez for bestowing this great honor upon me and with my family present to witness. A very proud moment for me in my life. Thank you! Your hospitality and care for my family and team will be forever remembered. God Bless you and this great city! May the spirit of Miami live within us all”

No word yet on exactly how McGregor earned this honor.

McGregor was on hand with his family to accept.