UFC welterweight star Colby Covington is known to get nasty outside of the cage. This time, ‘Chaos’ was throwing a jab at former roommate –  Jon Jones.

Both Covington and Jones have been involved in various social media spats through the years with Jones having accused Covington of being a “pathological liar” and making more of their time as roommates at Iowa Central Community College. 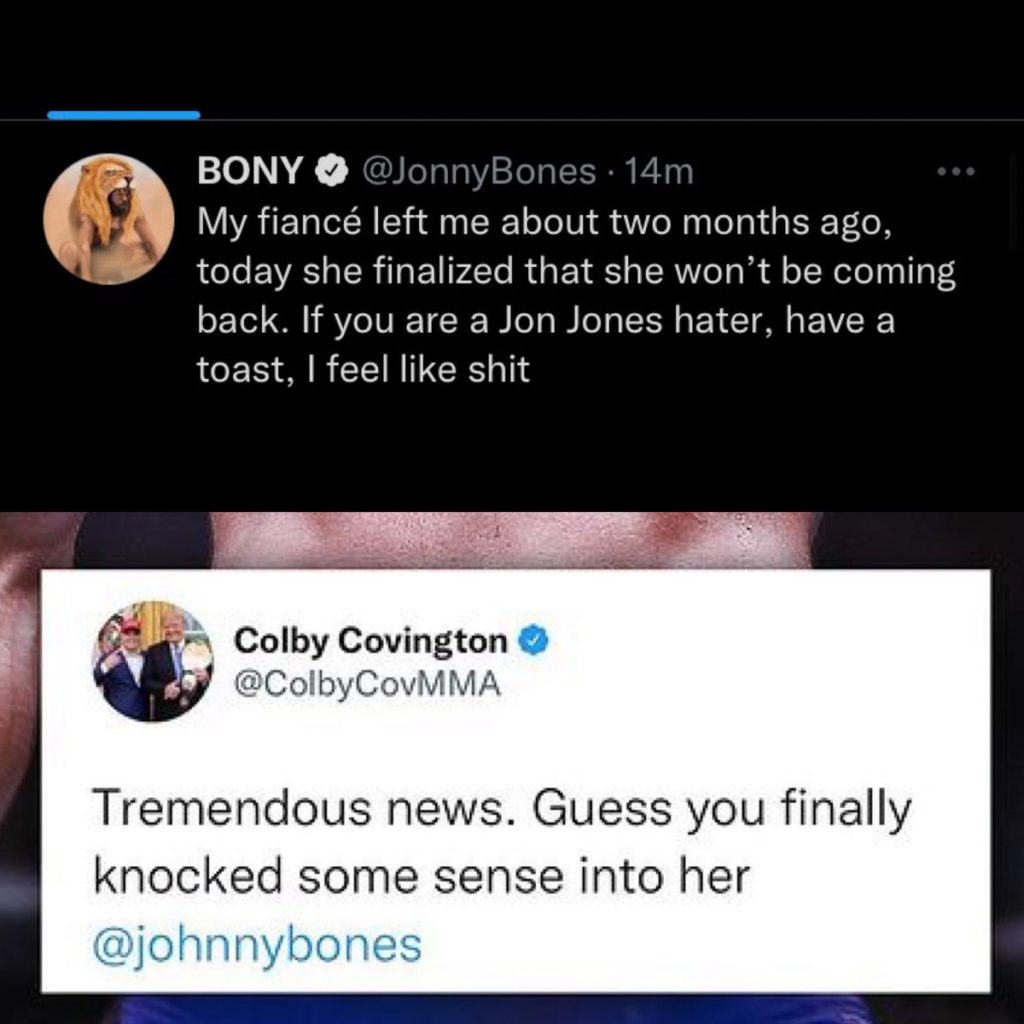 And while Jones deleted his public announcement – Covington hasn’t shied away from his.

This came after Jones took to Twitter to tell his followers that he had a split with former fiancée Jessie Moses following a battery domestic violence accusation against Jones a few months ago on the night of Jones’ induction to UFC Hall of Fame. The two were reportedly engaged for roughly 17 years.

In the now-deleted tweet, ‘Bones’ also added that Moses had made it clear that the split is for good, and told his haters to be joyful as he’s currently “feel like sh*t”.

Bodycam footage of Jones’ arrest also surfaced recently. It shows a disturbing scene – he is crying, whining and headbutting a police vehicle while shouting clearly intoxicated.

“Tremendous news. Guess you finally knocked some sense into her @johnnybones” Covington wrote on his Twitter.

Despite being infamous for his villainous persona in the UFC, some fans think that the Covington took things a bit too far by kicking Jones while he’s down.