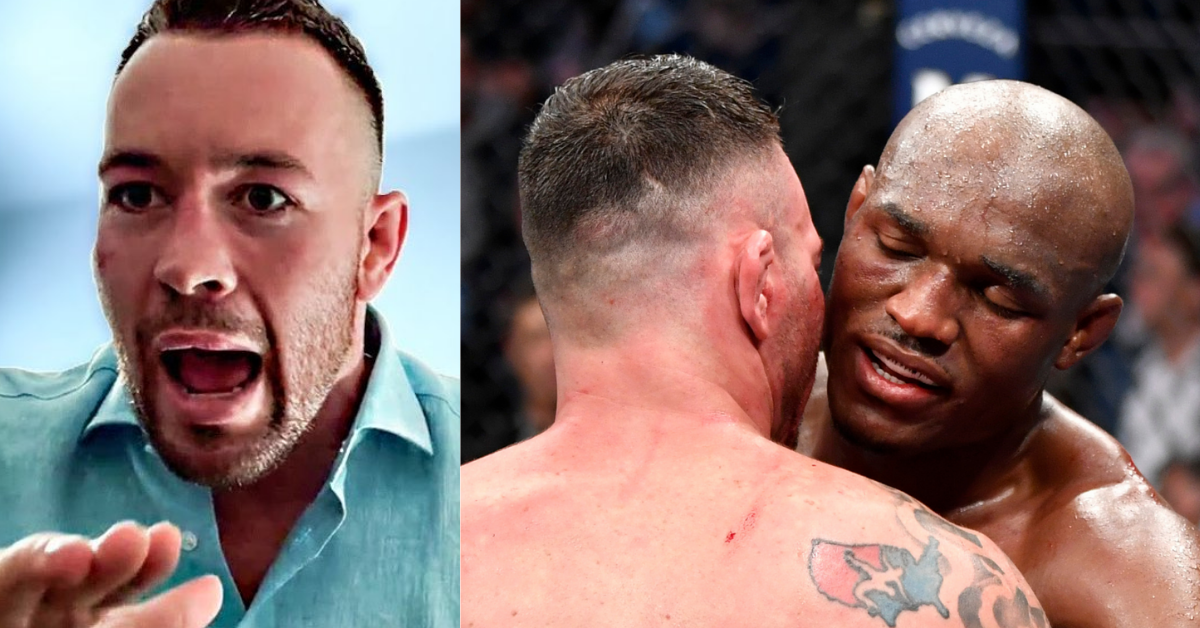 Kamaru Usman and Colby Covington headlined the UFC 268 in November where Usman successfully defended his welterweight title against Colby. After a full 5 rounds of fighting fiercely, Usman won his second bout with Colby via unanimous decision.

After the winner’s announcement by the judges, Colby approached The Nigerian Nightmare and the two got into a conversation that can be heard by the audience. Colby, who is known for his big mouth, surprisingly respected him and said all the trash talks are nothing but love.

However, during a talk with Submission Radio, Colby hilariously revealed what he actually said to Usman that night.

“If you guys want to know what I said to him in that exchange, I went up to him and said ‘Marty, come here. Use promo code “Colby” at ‘mybookie.ag’.” Said Colby jokingly.

During the talk, Colby also gave his thought about the fan conspiracy that says Jorge Masvidal faked his injury to fight Colby as he pulled out from his fight with Leon Edwards. Colby said he likes the conspiracy and doesn’t mind fighting Masvidal.

“It was pretty fun, a good timing. But, that guy doesn’t want to fight me,” Told Colby with full confidence.

On the surface, Colby Covington positioned himself as a bad guy and made a lot of controversies. Prior to his first fight with Kamaru Usman at UFC 245, Colby blamed Usman for the death of Usman’s coach by saying “a heart attack from all those years you were ducking me,” and even said that the coach would be watching from hell.

Colby’s track record in his pro MMA career shows an excellent number with his score consisting of 16 wins and 3 losses. Unfortunately, since joining the UFC in 2014, Colby never had the chance to become the welterweight champion.