UFC welterweight won $48,298 out of the $2.5M prize pool. Slater tweeted the following after posting a photo of Covington at the poker table:

“UFC star Colby Covington makes final table of record-setting poker tournament at @HardRockHolly in Florida, beating 7,696 other entrants. He gets $48,298 of the $2.5M prize pool for finishing 7th.”

The Seminole Hard Rock Poker Showdown was the biggest event in Florida history. The 7,703 participants broke the previous record of 6,196 entries established by the Rock ‘n’ Roll Poker Open at the same location last year.

Covington has shown talent at poker by participating in a number of well-known events. Even in 2019, Covington confronted UFC CEO Dana White about the decision to deny him a championship bout against Tyron Woodley at a poker table.

Covington has been absent from the MMA scene in the fall out of his police report against Masvidal which other UFC athletes frowned upon. Many speculated that Covington’s absence from the public life was a result of him undergoing procedures to fix the tooth that Jorge Masvidal had allegedly broken in their unsanctioned altercation. 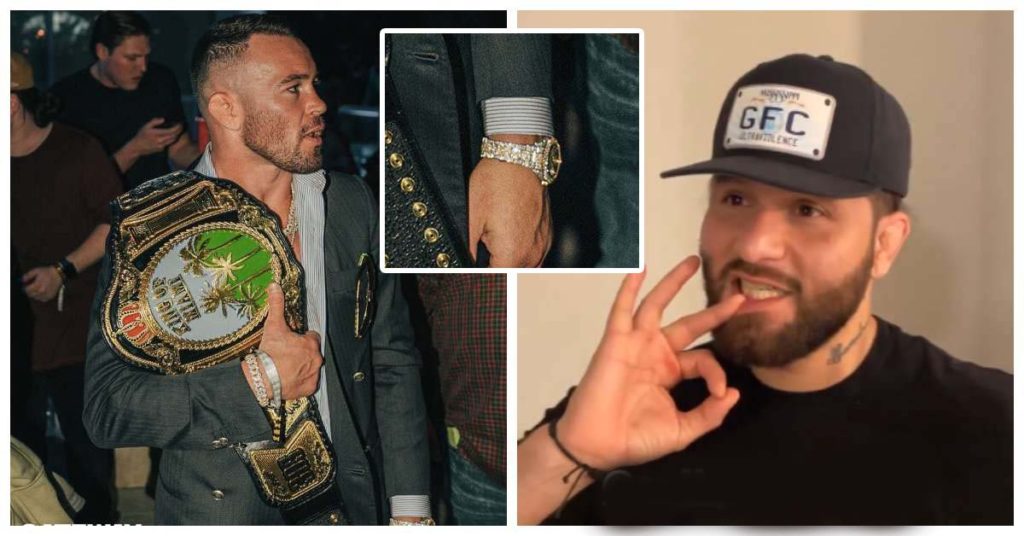 Over the years, the friendship between Jorge Masvidal and Colby Covington has deteriorated. This culminated in a much-anticipated grudge showdown at UFC 272 in March. Before the bout, the two engaged in a variety of verbal sparring, with Covington even bringing Masvidal’s family into the argument.

Covington was also retaliated against by Masvidal. He claimed that Covington had turned on him after living off his sofa.

Masvidal also said that because of his gaming debts, Covington was being sought after by Florida loan sharks. Prior to UFC 272, the BMF champion said the following during an interview on The MMA Hour:

“This guy owes numerous loan sharks in South Florida for his poker gambling debt. I just hope he makes it to the , bro. Because this guy is in all types of trouble and I’m going to be the nail to his motherf**king coffin. I just can’t wait.”

Over the course of five rounds, Covington outwrestled Masvidal to win a decisive decision. However, the event did not end any disputes.