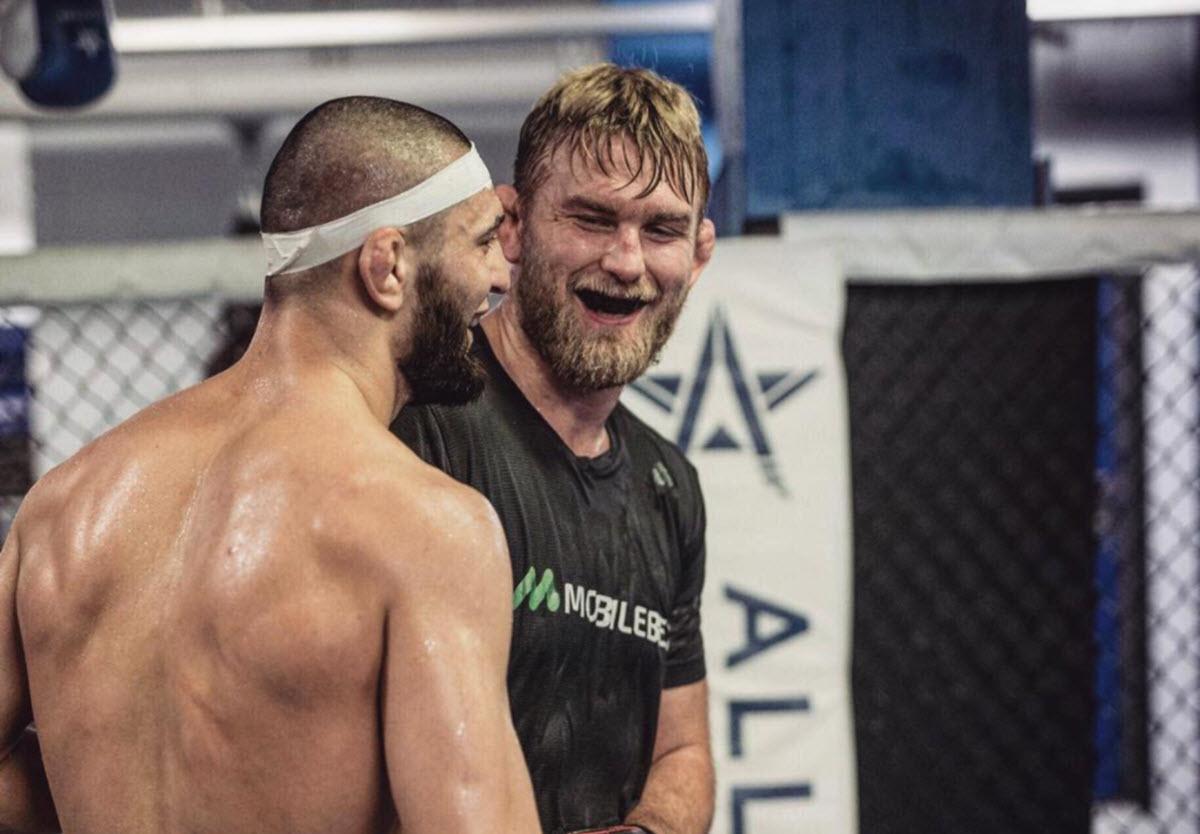 Khamzat Chimaev has made a huge name for himself with intense performances in the UFC. He is being considered a big threat in the UFC Welterweight division.

Chimaev had suffered a nasty childhood injury that impaired his breathing – however he didn’t let the injury take control over him. Despite not being able to breathe from his right nostril, he is determined to put on the most impressive fight imaginable.

Alexander Gustafsson resides in Sweden and is Chimaev’s good friend.

Aspinall observed Chimaev training with Gustafsson. His wrestling ability is lauded. However he still hasn’t faced a fighter with an impressive takedown defense – or a wrestling pedigree. The division features impressive wrestlers in Colby Covington and Kamaru Usman so he’s bound to get a real test sooner or later.

During an interview on the Believe You Me podcast with Michael Bisping, UFC heavyweight Tom Aspinall praised ‘Borz’:

“You can’t really avoid them at this point. I mean, he’s everywhere… He’s a scary guy from what I’ve seen. He actually made his debut, I believe, on the same card as me. Or I was on the same card as him in Abu Dhabi… He was warming up with Gustafsson…Obviously, Gustafson is a much bigger guy physically than Chimaev and the guy was just launching him all over the place,” Aspinall recalled.