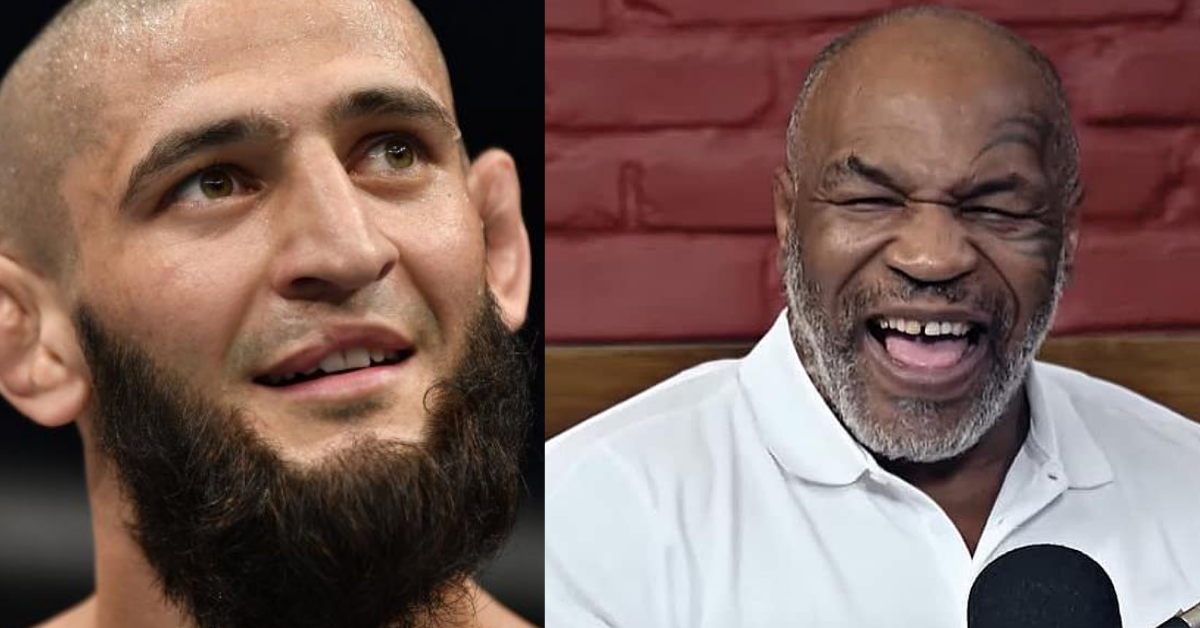 The new star in the UFC welterweight division, Khamzat Chimaev, has rejected an invitation to the famous podcast ‘Hotboxin’ hosted by the legendary boxer Mike Tyson. The Chechen Wolf is brutally honest in explaining the reason for his refusal.

Following his viral victory against Li Jingliang at UFC 267, ‘Iron’ Mike invited Chimaev to sit down and talk on his podcast. However, the 27-year-old Russian has rejected the offer and recently he explained the reason to The Hustle MMA podcast.

“Ali [Chimaev’s manager] said Mike Tyson also wants something, but I didn’t go. I didn’t have much desire to do that. As a fighter, an athlete, I really like him,” he continues, “But I don’t like what all happened with him – the violence, the pills, the marijuana, then Muslims, it’s strange.”

Tyson has had a tumultuous life. For example, in 2006, Tyson was arrested on suspicion of DUI and felony dr*g possession. A year later, Tyson pleaded guilty to possession of coke and driving under the influence.

Chimaev still respects him as a fighter and as a person and said all those things could happen to anyone, including Chimaev himself.

“But I still respect him. Both as a fighter and as a person. He went through a lot of things and because of this, he broke down, did a lot of bad things. And no one knows what will happen to me. It can happen to anyone.”

He added, “A good, normal person, but something happens and you end up in a mental hospital. I don’t judge anyone, but I just didn’t want to go.”

Chimaev is speed running his career in the UFC as he’s only had 4 fights within the promotion and yet a lot of the fans already want to see him fighting top-ranked welterweights. He is supposedly set to return to the octagon early next year.

One interesting fact is that – in spite of having similar beliefs- Khabib Nurmagomedov didn’t mind going on Tyson’s podcast.