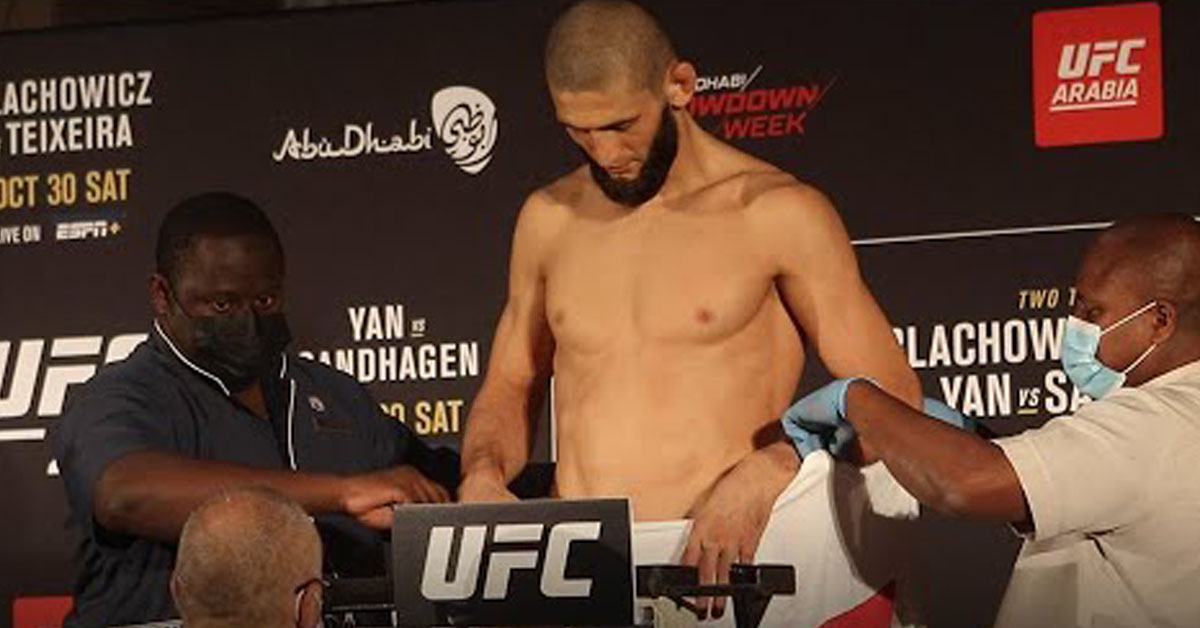 Khamzat Chimaev struggled to make weight at the UFC 267 weigh ins. The rising star is set to fight Li Jingliang – at welterweight. But in order to make the bout official Chimaev had to make multiple weigh ins.

In the first attempt to make the welterweight limit of 171lbs – Chimaev was caught leaning on the towel and still weiged in at 171.5 pounds – a half a pound over the limit. When this happens the fighter is typically given an hour to cut the extra weight. This was the case with Chimaev as well.

Once the Russian born Swedish competitor returned to the scale with a towel – he was clearly seen leaning on the towel and weighed in at 166lbs – almost 5 lbs under the limit. Officials were somewhat shocked at his new weight.

Murmurs of “He cut 5 pounds?,” were heard all over the room. This prompted the officials to get Chimaev to step on the scale for a third time. This time he was asked to raise his hands in the air – and away from the towel. At this point he had made the official weight of 171lbs and the fight was on.