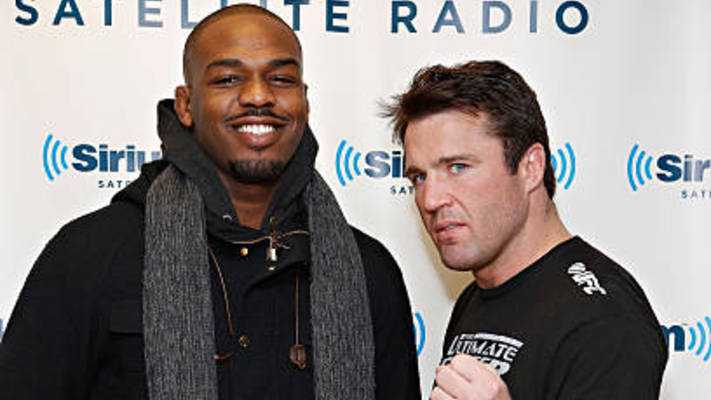 Chael Sonnen has been giving out his hottakes non stop. Last week when we checked in with the American Gangster he assured us UFC is punishing Jon Jones by not penalizing him for his legal snafu:

“If Jon were to be released, I understand his value would diminish tremendously. His value is only worth whatever the market brings. If the biggest player goes out, your market comes down. All the same, you’re back to being active,” Sonnen explained in a recent video he released on his YouTube channel.

But he’s doubling down on interesting takes and the latest is that Jon Jones is a sociopath:

“Jon says how dare you arrest me on the biggest night of my life, I was just inducted into the hall of fame. There is a lot on that. You were talking about a narcissist to the highest degree. And it is very rare in life that you’re going to meet an actual sociopath.

You’ll hear that term throughout he’s a sociopath you’ll hear those terms but an actual sociopath by definition it’s very very rare that you will ever actually meet one. So Jon is now in custody and he also then decides to make a statement to the police something along the lines of I would be very curious if you took these cuffs off and you all fought me at the same time if I could beat all of you he then headbutts the car when he headbutts the car it leaves again a quote from the article a medium sized dent and chips to paint.”

Here’s what Sonnen got right and what he got wrong. It appears clear that Sonnen didn’t read the Police Report – because he appears to be conflating the timeline of two separate Jones provocations into one.

Firstly, Jones was apprehended at the entrance of the Casino where he was staying. This is where the 2nd part of his charge matters – because during arrest Jones did say it was the biggest night of his life and he headbutted a police car.

But Jones’ psychologically suspect behavior happened later – during an interview at the command center of hotel:

And then after the interview, Jones attempted to joke with the officers regarding restraining him – and that’s what lead them to warn him about potentially getting tased:

Now in terms of armchair psychology – here’s what Sonnen got right. There are indications that Jones has a narcissistic personality – if not narcissistic personality disorder. It should be noted that this likely isn’t rare among top athletes in variety of sports. And his legal trouble could also mean that he could potentially be diagnosed as a sociopath because he does fulfil the basic criteria for this diagnosis – but Jones has also been a professional fighter for over a decade. And considering his weight division it’s not improbable that many of these manifestations also correspond with the impulse control problems that are characteristic of individuals suffering from CTE and or other degenerative brain disorders. Either way Uncle Chael still seems to be blowing into the UFC horn, happily playing spin doctor on behalf of UFC all while making a profit for himself in the process. Sure Jones is highly problematic, but there’s more to consider – and some of those truths certainly wouldn’t help superficial Sonnen to profit.