‘The American Gangster’ Chael Sonnen might have a lot of controversial comments and takes, but this one has a good chance to top the list.

In one of his YouTube videos, he claims the YouTuber turned-boxer Jake ‘The Problem Child’ is “the most feared man in boxing” as there are few boxers and trainers calling him out despite the 25-years old’s inexperience and high profile.

“Jake Paul is the most feared man in boxing. These boxers are not sure they can beat him. They are not sure they can deal with it. The trainers are not sure that a kid that he’s had since middle school and worked with 11 or 12 years can’t get the jump on a guy who’s done it four times. It is the biggest, most profiled spotlight with the largest paycheck and nobody wants to do it. You’re not hearing names pop up. You’re not hearing them sprout up anywhere” he said on his video.

Paul last fought on December 18 last year, knocking out a former UFC champion Tyron Woodley in a rematch of their August bout. Woodley steps in on short notice to replace Tommy Fury that pulled out due to rib injury and a “bacterial chest infection.”

‘The undisputed and undefeated’ also added that he wouldn’t watch the Jake Paul vs Tommy Fury fight if it somehow get rebooked, saying that the hype of the fight is dead.

“We’re not gonna get that fight. You promised me once, you didn’t deliver. Fool me once, fool me twice the old addage all comes to play and nobody wanted to see that in the first place. You guys got caught. You tried to trick the audience by bringing in a guy who’s a family member of real boxers. But then when we looked at his record… His collective record his opponents have [a combined] four wins and 158 losses.”

Paul himself has stated that he’s lost any interest in fighting Fury. He instead called out UFC stars like Jorge Masvidal and Nate Diaz to fight him next.

Sonnen is certainly good at clickbait but he’s failing to mention a couple of things – for starters there’s an actual legitimate boxer desperate enough to get a tattoo homage to Paul in spite of never being approached for a boxing match.

YouTuber turned boxer Jake Paul is now 5-0 in the sport after knocking out Tyron Woodley in December in their rematch. While Paul is rumored to be on boxing hiatus and evaluating where he goes in future Briedis thought it would be a great opportunity to come out as a front runner.

He then goes on to show video of himself entering a tattoo parlour and choosing a design for himself. While many speculate Woodley’s tattoo was temporary this one is most certainly real. 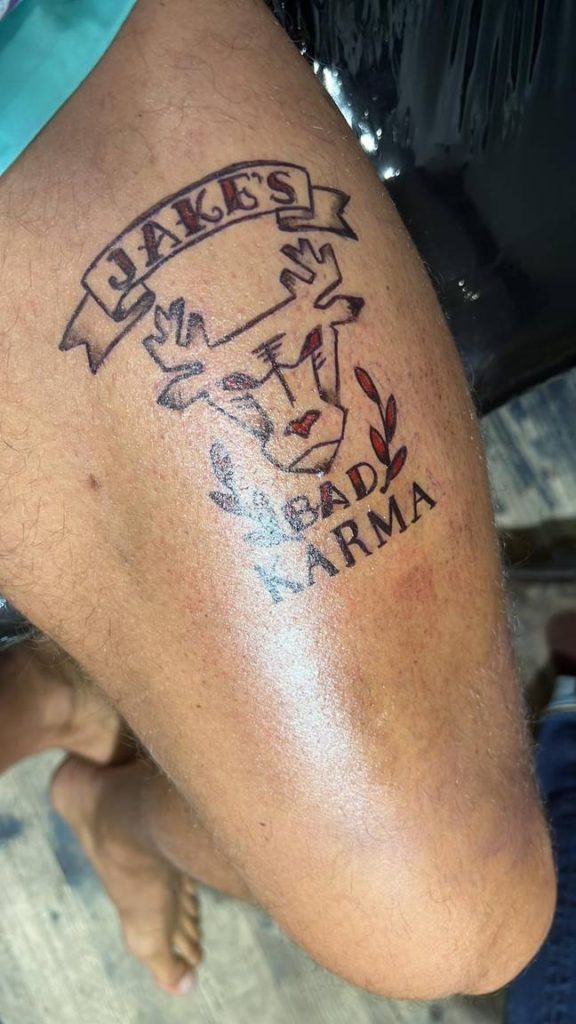 “Jake, now it’s your turn,” the 36-year-old says as the camera zooms in on his new ink.

Where Sonnen actually has a point – is that Paul is one of the biggest earners in boxing. When the list of earnings for 2021 was released by Forbes it was estimated Paul had made $45 million over the course of 2021.  This estimate effectively make Paul the highest paid ‘athlete’ under 25.

If we don’t count Paul as a boxer, the highest earning boxer was Canelo Alvarez with estimated earnings of $34 million dollars. Alvarez had a big year in 2021 beating out  Yildrim in February, Saunders in May and Caleb Plant in November of last year.

Paul was also the 2nd highest earning youtuber in spite of his video making career taking a back seat to boxing. He lost out to Mr Beast who is estimated to have made whopping $54 million this year culminating with the epic Squid Game reconstruction that has broken all viewership records for the giga channel.