Former heavyweight world champion Deontay Wilder surprised fans with his new skinny build ahead of ring return. His new slimmed-down physique drew attention to his skinny legs that got even more skinnier now.

Deontay Wilder was previously contemplating retirement after having a trilogy with Tyson Fury. The pair shared a ring for the third time in October of last year, where he suffered yet another loss against ‘The Gypsy King’. Wilder never managed to beat his rival with 1 draw and 2 losses.

However, Deontay Wilder decided to return to the ring and compete again. ‘The Bronze Bomber’ is now back to training whilst awaiting his return to the squared circle. Wilder visited the UFC performance institute and bumped into Michael Hunter and UFC heavyweight champion Francis Ngannou. 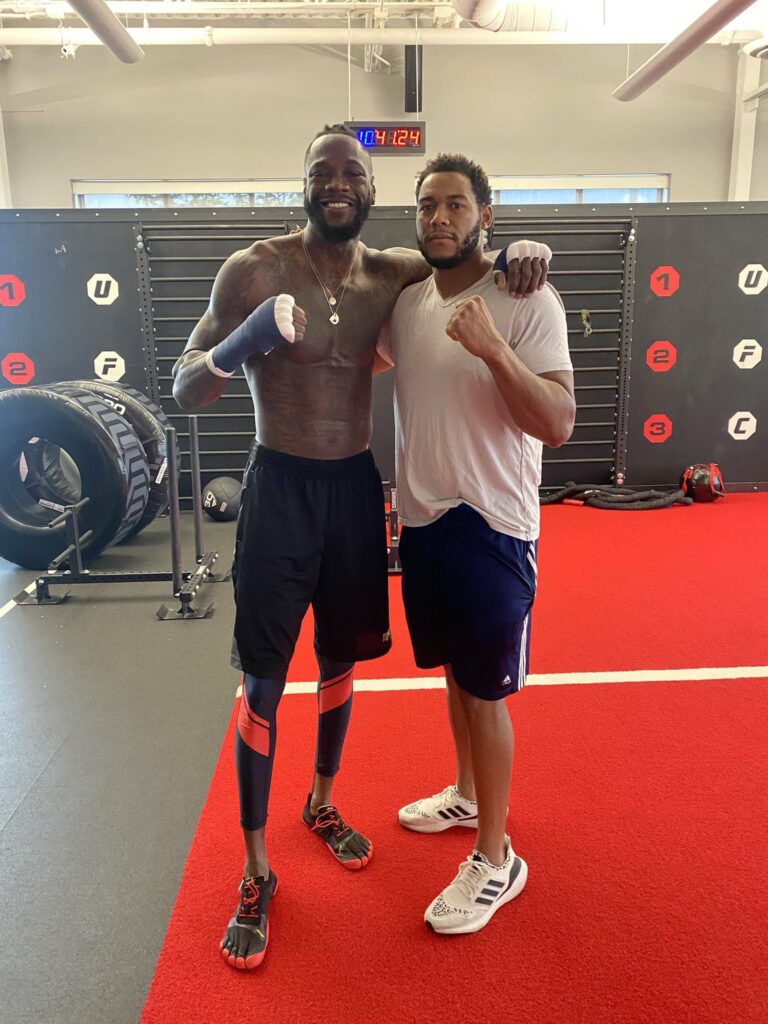 The heavyweight boxer stands tall at 6ft7in and is always looking ripped whenever he clashes in the ring. Even with that his legs always appear skinny, especially the calves. Recently, he appeared to be way skinnier than usual, which includes his legs. And boxing fans were quick to jump to conclusions.

Some fans made fun of his legs and wrote harsh comments.

“My guy needs to stop skipping leg days. Damn, he hits this hard with little legs, imagine if he had bigger and stronger legs to generate more power.” One wrote while another said, “My wife’s grandfather would have asked if those were his legs or if he was riding a chicken.” and one said “Wilder really needs to stop skipping leg day. Man’s got the skinniest legs in heavyweight history.”

One fan even went far enough to edit the image with even skinnier legs. 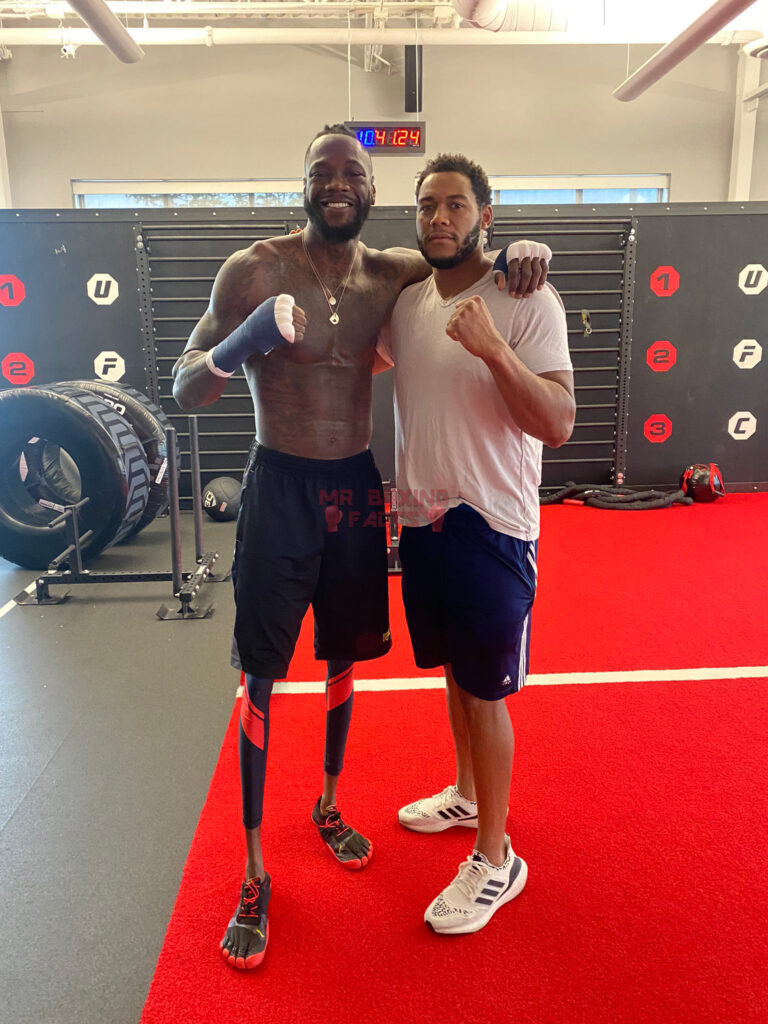 However, several fans are excited to await his ring return.

“Bro you and the rest that like this are weirdos. People come in all shapes and sizes Yano that dude Been knocking out blokes heavier than him all his life. He’s always been skinny. He’s like me. I’m 6ft 2 200 pound and skinny but I’m strong as an ox and have hands naturally.” One comment said.