Andy Ruiz Jr defeated Luis Ortiz by unanimous decision in one of the most spectacular boxing events in recent memory.

Andy Ruiz and Luis Ortiz were competing for an opportunity to snatch the WBC title. Ruiz, 32, was more active and resilient than his opponent Ortiz who was at the back end of his career. Ruiz scored three knock downs before taking the win via decision.

Andy Ruiz became an inch closer to the title with this win will likely face Deontay Wilder at a future date. Ruiz had the first knock downs in the second round, when he blasted Ortiz with a right.

WHAT. A. HIT by Andy Ruiz in the 11th 😳#RuizOrtiz pic.twitter.com/bAvfPU0E3T

Andy Ruiz Jr knocks down Luis Ortiz again in the 7th round. 3rd knockdown of the night. Andy has shown Fast hands and power in flurries. #boxing #RuizOrtiz pic.twitter.com/F9Y7IQDyHC

In the ring interview, he stated,

“I want to be champion again and bring that belt back to Mexico!”

Ortiz put a ‘Free Cain Velasquez’ shirt on after the bout was over. 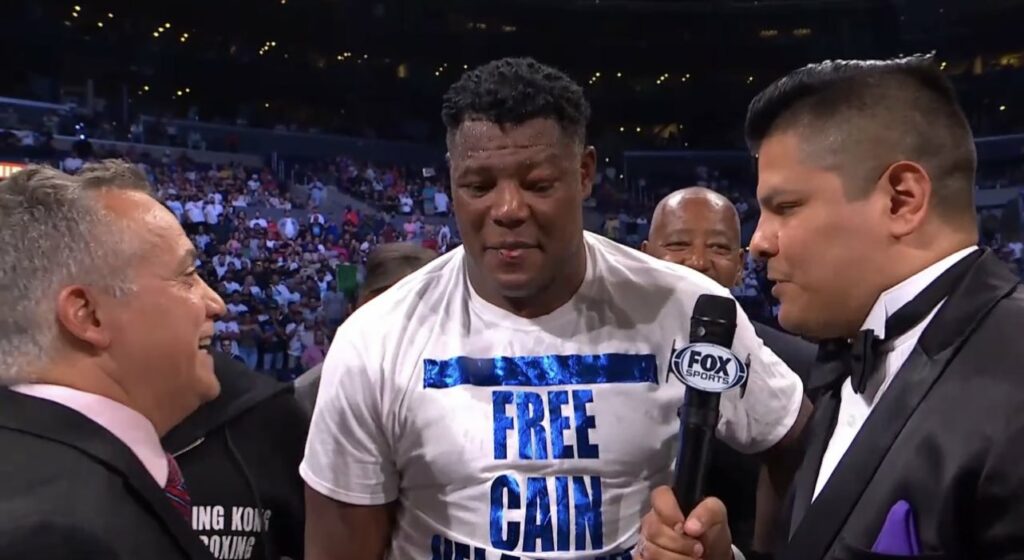 Cain Velasquez is going through a huge legal battle with the threat of spending the next 20 years in jail after running off the vehicle containing the family of a man who abused his son off the road and firing a shot into the vehicle.

Many MMA stars have showed their support. Velasquez’ lawyer came out recently saying there are big surprises in the works for the trial. Velasquez might even take the stand.

“And they’ve now said on the record that they’re not going to call him as a witness. So you have to wonder, we’re already in upside-down world. Now we’ve gone through the looking glass.”

Ruiz’s next potential opponent Deonty Wilder was present at the ringside. Wilder entered the ring after the conclusion and expressed his desire to box the former champion in his subsequent encounter. Wilder, already scheduled for a boxing match against Robert Helenius on October 15, might be available after that.

Luis Ortiz is a boxing veteran with 33 wins in his career, and it was only his 3rd loss in any boxing bout, the other two came against Wilder. On the other hand, Ruiz is much younger in age, but in boxing, he has scored more victories than Ortiz. He won 35 in his career and lost only 2.