The 2022 IBJJF No-Gi Worlds were broadcast live from Anaheim, California, from December 8–11. Neither finalist showed up to participate in the actual finals on Sunday.

This meant that both finalists were disqualified for the first time in BJJ history.

On Sunday, the open-weight podium was made up of two bronze medalists, Victor Hugo and Roosevelt Souza. Both second and first place remained vacant.

Then bronze medalist Victor Hugo claimed that Roberto Cyborg Abreu and Cardoso Ceconi left the event as soon as USADA showed up.

Despite a formal sounding name – the IBJJF is a for profit organization catering to their margins. Which is why there were no prizes for a very long time and no testing. This all changed about 8 years ago when IBJJF instituted testing.

While UFC uses USADA as an independent contractor who is testing athletes year round and keeping tabs on their whereabouts, IBJJF pays for winners of World championship to get tested.

For a long time, these tests would only be conducted at the Gi World championships but this has changed in the last couple of years and USADA started testing at Nogi World Championships as well.

The testing is costly – and therefore so limited that they don’t even test all division winners. As per the page on which USADA discloses a number of tests in a specific sport, they conducted a total of 14 tests this year. To put that into perspective – that’s less tests than former UFC champion Jiri Prochazka underwent just in October of this year. 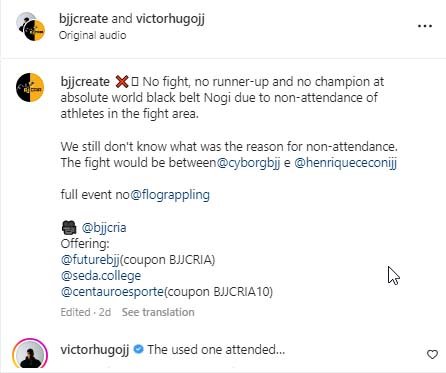 Head of another prominent school posted the following on social media: 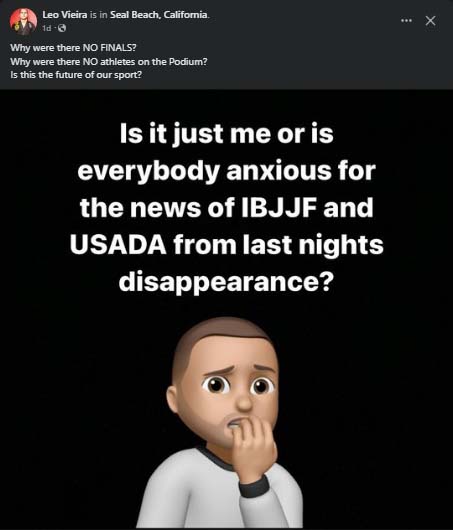 Leo Vieira is the head of Chekmat – an affiliation in which a number of prominent champions train. Many of them reacted to his post.

Cyborg responded to the accusations on social media saying:

“8X World Champion 🥇I had a great performance this weekend, amazing fights fighting among the best in the world. I was feeling an old injury and after winning the weight I decided to preserve myself not fighting absolute finals and I had a flight to catch. Hopefully Ceconi and I will be able to face each other in another opportunity. Huge thanks to my team and all sponsors for all the love and support.”

Oddly enough, another competitor from their affiliation also missed the finals – UFC veteran Vagner Rocha. Rocha did not compete in the finals and was disqualified as a result.

Rocha was active on social media and explained his reluctance to compete in Finals came from another IBJJF policy. In order to try and get the viewers back, IBJJF announced it would no longer be allowing for close outs.

Close outs are a jiu-jitsu specific gentleman’s agreement in which two teammates agree verbally who will receive a gold medal as to not cause team drama and don’t even pretend compete. 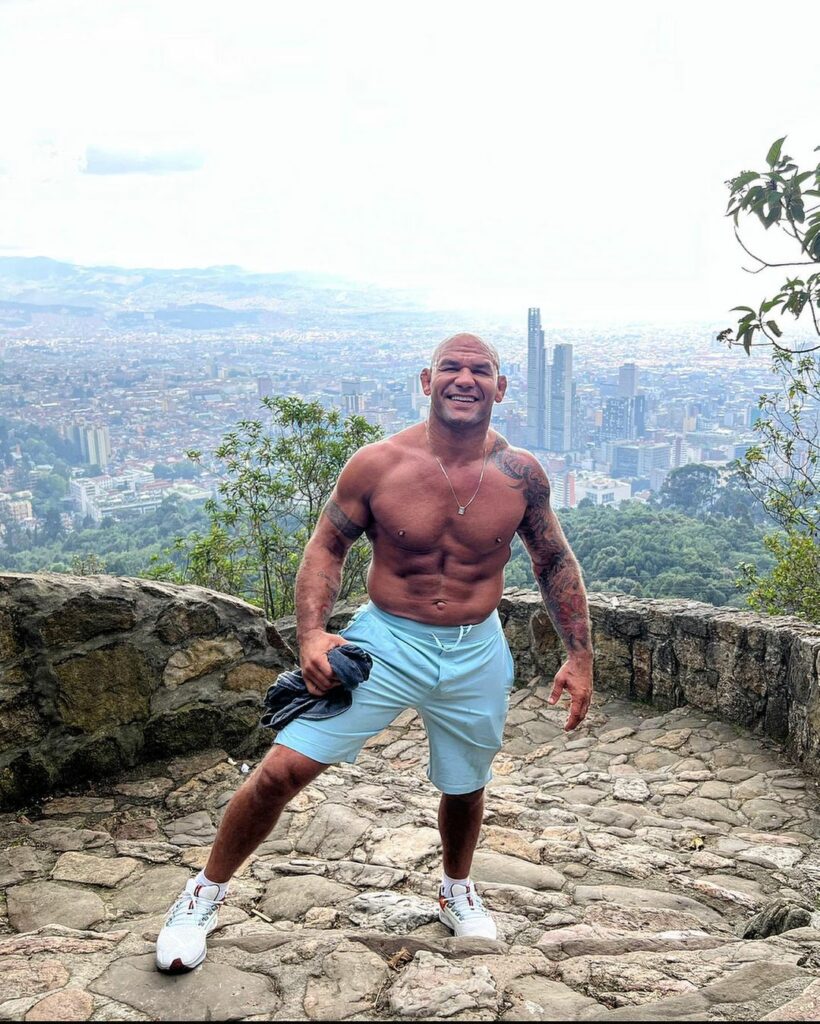 While it’s certainly possible that the gesture is a reaction to the new IBJJF policy, it’s not hard to conceive a reality in which a 41 year old is taking PEDs to remain on top of a sport and maintain his physique.