BJ Penn has been all over the headlines for years. While the majority of media attention was directed to his endeavors in professional sports he’s since re focused on politics and isn’t giving up after his failed run to become the Republican party candidate for Governor of Hawaii.

Penn was defeated by former governor Duke Aiona and has since refused to endorse him against democratic governor Josh Green (whom Penn also hates).

Now Penn has revealed he’s gearing up for another political race.

“When I see this video it immediately signals me to run for the Republican Party state chair. Duke Aiona ran against me as a favor to the Democrat party for letting Linda Lingle and Duke Aiona have two terms as Republican Gov&LtGov in this 1 party democrat state! The democrats knew that Bj Penn can not be bullied and can not be bought so they pulled out their one big favor Duke had to accept! Duke you screwed over everyone in Hawaii and that’s why you one plastic Hawaiian! 🥥Hawaiis Democrats own the Hawaii Republican Party! That’s gonna change! Huli the Republican Party! No mail in ballots and shenanigans for this HRP state chair. All transparent in house election! After this Hawaiis traitor representatives will be destroyed easily!” 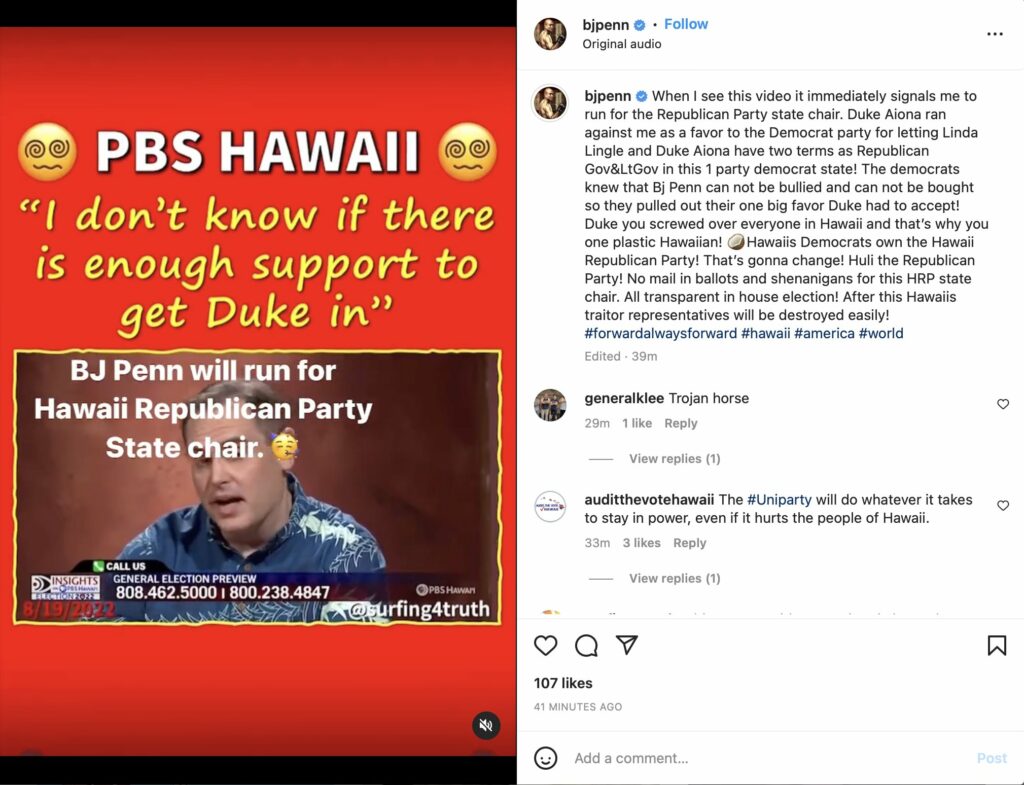 Penn has been an outspoken opponent of mail in voting ever since it was revealed he managed to get only 20% of the vote in the primary race for governor, as opposed to 44% Duke Aiona received.

This then prompted Penn to go back on supporting mail in voting (which he did as far back as August of this year) and to subsequently try and appeal the results of the election.

Since then Penn has been outspoken about his support for flat earth in addition to his disdain for the CCP. 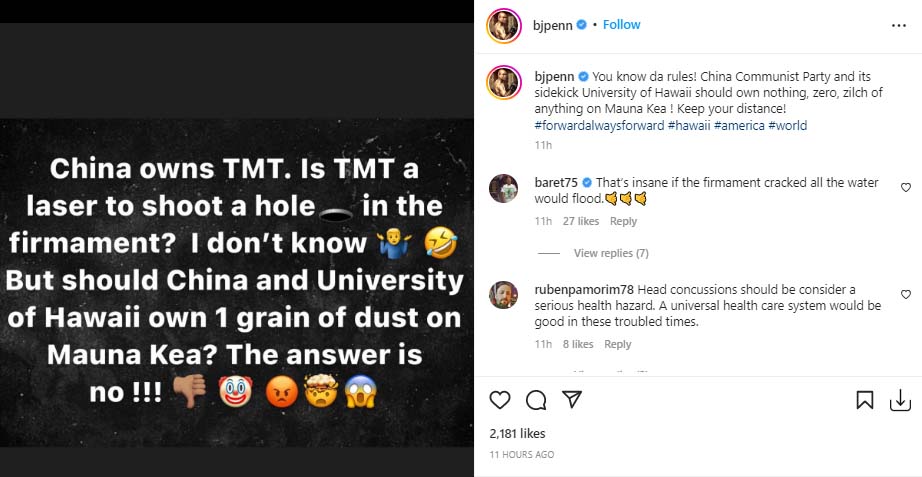 This was in response to University of Hawaii receiving a grant from the Ministry of Education’s (MOE) Chinese Proficiency Program, and China preparing to send specially trained teachers to teach Chinese at top universities in the United States.