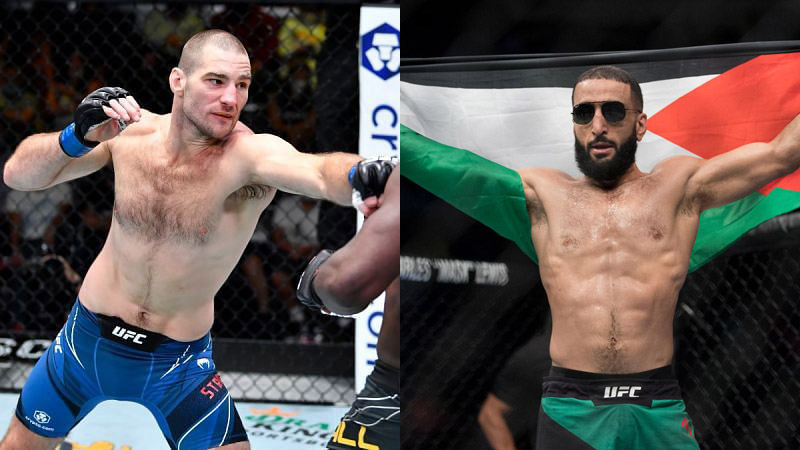 Belal Muhammad just offered to fill in for Luke Rockhold and fight up and comer Sean Strickland. According to social media, Strickland was wordy about Palestine – Muhammad’s country of origin. This prompted the higher ranked Muhammad to throw his hat in. 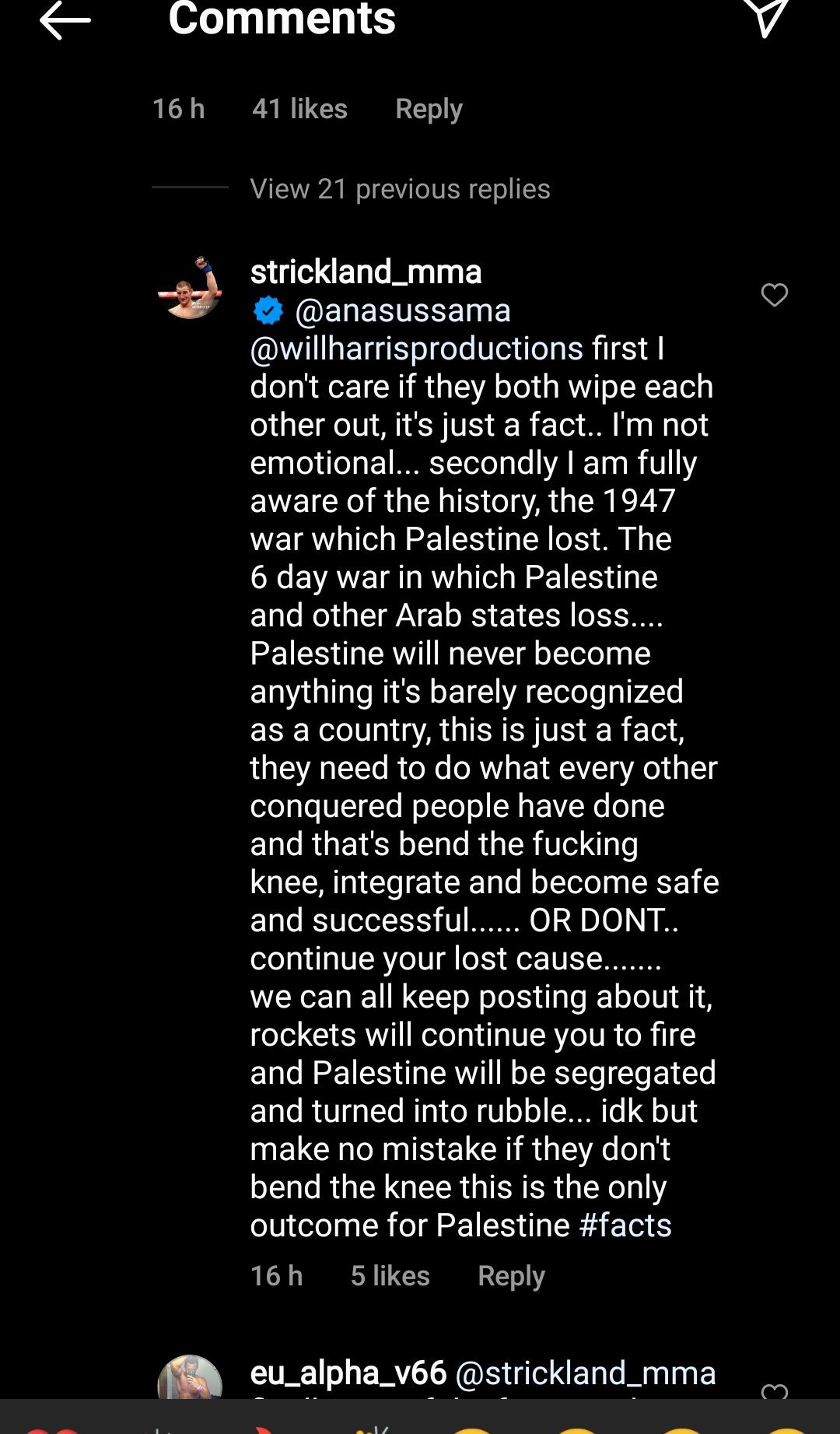 This lead to Muhammad tweeting this:

He disrespected Palestine so I wouldn’t miss disrespecting his face

Which in turn provoked Strickland to respond:
“Listen, Belal Muhammad, I heard you’re running you’re f*****g mouth,” Strickland said in an Instagram video. “Last time you were in Vegas I tried to spar you because I knew you were a little f*****g b***h and I wanted to hurt you and it was a good excuse to do it. But, now with you f****g running your mouth next time I see you I could just f*****g backhand you. Thank you for giving me the opportunity you little f*****g b***h.”

As for Mohammad, his last outing was against Demian Maia. In spite of it being Maia’s final fight during a 15 year tenure in the octagon both were played off without a post fight interview likely because of how much of a hot topic Palestine was at the time for UFC’s Hollywood overlords.