UFC has been determined to stay out of sticky political situations – all while still featuring Russian athletes.

Previously the UFC opted out of a post fight interview in a bout featuring Palestinian fighter Belal Muhammad. This fight had happened during the last high profile Israel and Palestine conflict – so the UFC brass was on high alert.

In a highly unusual moment – neither of the fighters were interviewed after the fight was declared – the preroll for next fight was played. This is doubly interesting, because the UFC seems to project the image that they’re all for freedom of speech, that is until freedom of speech can affect their profit margins anyway…

This is also why the UFC recently enacted a flag ban for fighter walkouts. The ban was first disclosed by Chito Vera. Following Vera, Petr Yan disclosed it was instituted ahead of his championship bout to pre empt backlash if a Russian flag was displayed. White has since confirmed the flag ban.

Sasha Palatkinov, Hong Kong’s first UFC fighter (who has since been released), has spoken out about how he was barred from using the Hong Kong flag in his matches.

After back-to-back losses in 2021, Sasha Palatnikov was released by the UFC this year. Palatnikov had won his debut bout and a US$50,000 performance bonus.

Now Palatkinov is back in the win column. He defeated Kyren Bowen by first-round TKO at last month’s XMMA 4 event. Palatkinov is set to face Joshua Jones as the headliner of Tuff-N-Uff 128 in Las Vegas on Friday night.

The 33-year-old will proudly wear the colors of his hometown, where his Russian father and Scottish mother nurtured him. It will be a sharp contrast to his time in the UFC.

“it definitely won’t be an issue, I don’t know why it ever was,” Palatnikov told the Post. “It was the dumbest thing ever. But I’m definitely gonna be rocking the Hong Kong flag.”

“I think I was the beginning of it in the UFC. Not a lot had happened with it, then all of a sudden it happened with me and it definitely got spoken about quite a bit.”

“Come on, it makes no sense. If anyone’s feelings are being hurt that’s just offensive in the first place. What’s offensive about representing Hong Kong? I can’t even represent China. I’m not allowed to. I’ve literally represented Hong Kong since I was a kid.” 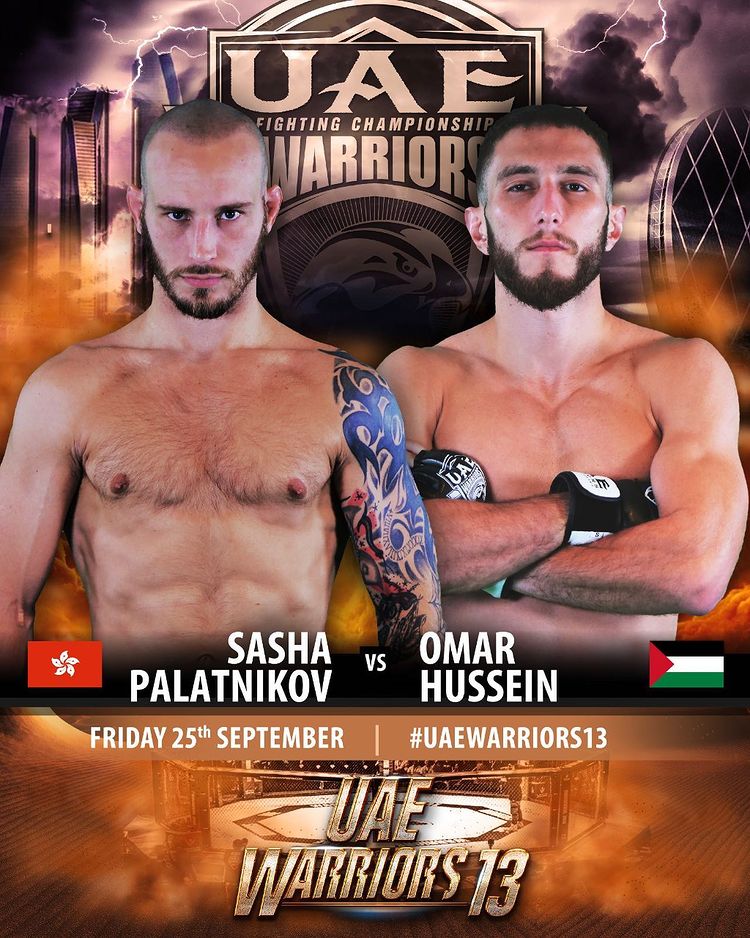 Palatnikov’s fighter graphic for his walkout at the UFC 255 debut included the China flag alongside his name. However, Palatkinov had the Hong Kong flag on his mouthguard.

“On your patch on your walkout jacket it has the flag and nationality,” he said. “They were like, ‘Oh, you can’t have Hong Kong, but you can have China’. And I’m like, ‘The [expletive] would I have China for?’

“They said I can have USA or Scotland, but that’s not who I represent. That’s not where I’m from. It was definitely a bummer. I really, really wanted to fly the Hong Kong flag in the UFC cage.”

Palatkinov faced a second-round submission defeat to Impa Kasanganay in April 2021. Even his mouthguard was confiscated by authorities for his second UFC bout.

“My Hong Kong flag mouthpiece, they marked it out,” Palatnikov said. “I was like, ‘Why are you guys doing this?’ They were like, ‘Sorry, we have to’.

“Who would get offended by this? It doesn’t make any sense. Yeah, they’re literally just trying not to p*** off Chinese people, I guess, or investors. For no reason, because I really don’t think they would give a [expletive].”