After Alex Pereira’s big victory against Israel Adesanya, Khamzat Chimaev called him out on twitter and challenged him to a duel in Brazil at UFC 283 which is set to happen in early December.

Alex Pereira spoke to Ariel Helwani on the MMA Hour yesterday and revealed he agreed to face Chimaev at UFC 283 but proposed to do it at light heavyweight (205lbs).

Alex Pereira said that a quick turnaround would’ve been impossible considering that he just competed at UFC 281 and needed time to recover.

Having just gone through 5 rounds with Adesanya, Pereira needed to finish his medical suspension and as such the December date seemed unlikely to begin with since it didn’t allow for sufficient time to recover.

“Everybody that watched my fight saw that it was a hard fight, they know that he got hurt, needed to recover, so it’s impossible,” Pereira said. “He just goes after what is impossible.”

Alex Pereira also pointed out that Chimaev tends to call out people to promote himself and knowing that it was impossible to make it happen.

“When I fought Strickland, it was a done deal I’d be fighting for the title next, so Chimaev wanted to jump on the hype train again, ‘I’ll fight you,’ and again, he knew it wasn’t going to happen because he was booked for a title fight so he chose to do that to promote himself.” 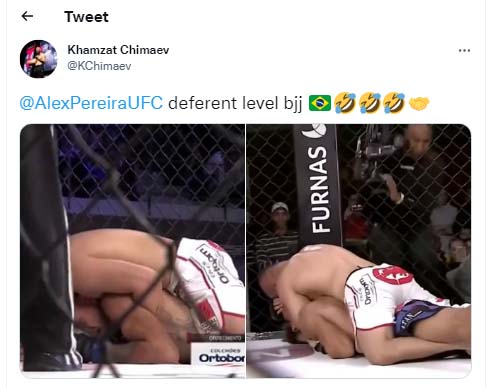 A source from Chimaev’s camp told MMAfighting on Monday that Alex Pereira’s and his coach’s claims were inaccurate.

Chimaev also posted a response on social media saying “I asked them about this fight in Brazil, fake belt fake coach fake fighter”.

He appears to have since edited the caption. 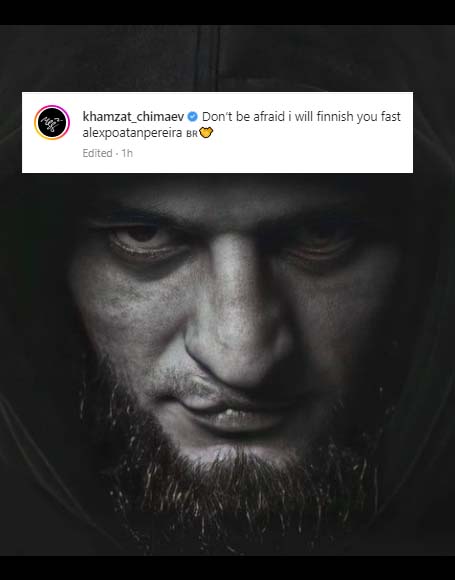 Chimaev last competed at UFC 279 where he beat Kevin Holland via first round submission.