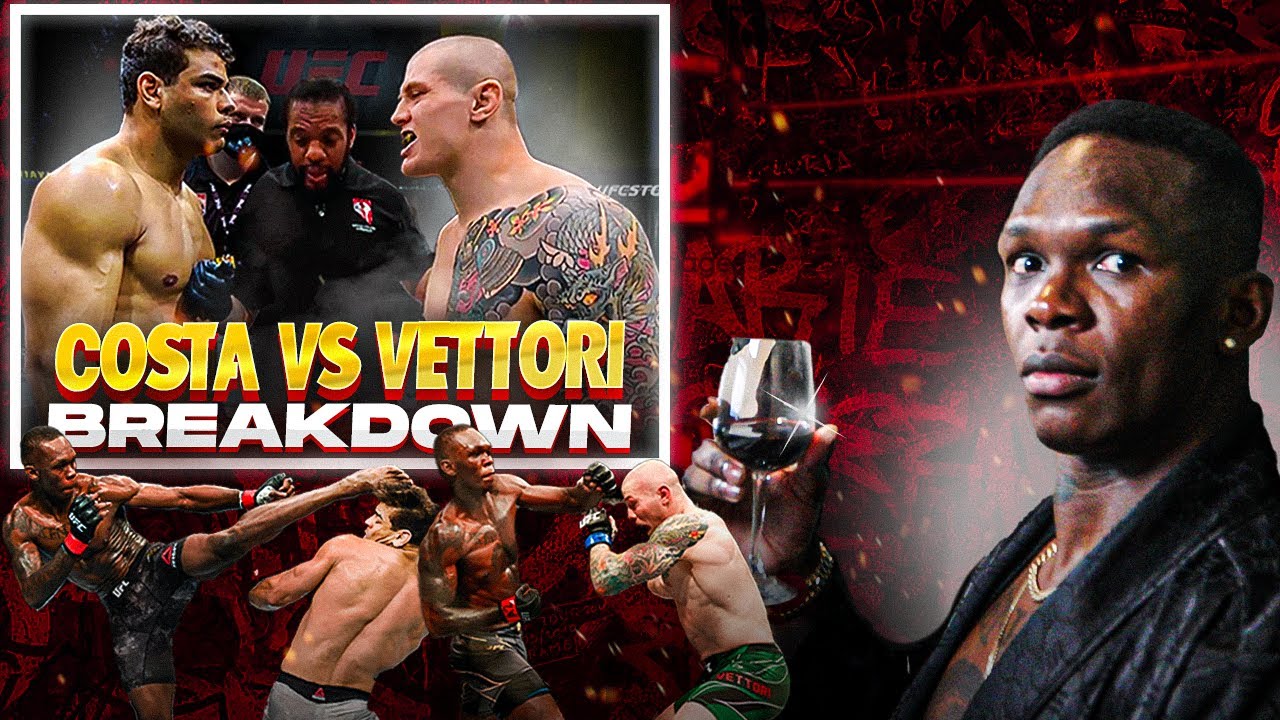 As a reminder Costa had his legs battered and rendered useless against Adesanya and Vettori could barely get a punch in. So naturally Adesanya offered his take on the duel – all while sipping wine. While sipping wine is a normal activity in this particular case it’s a potshot at Paulo Costa who had claimed he lost the fight due to not sleeping and having had too much wine the night before. Now onto the main course. In the video Adesanya calls them both our for looking “juicy”:

Adesanya was also somewhat accurate in his estimate of Vettori:

“Vettori’s biggest weapon is his chin — that block head, that f*cking LEGO block head,” Adesanya explained. “That’s his biggest weapon in this fight because he can take Costa to deep water by taking punishment, some ‘rope-a-dope sh*t’ without the rope-a-dope, just walking forward and taking punishment. But his body, everybody’s body is suspect. I don’t think anybody’s body can withstand the kind of punishment their head can if you hit them in the right spot. Same with the head, but Vettori’s just got a block head.

“He can take a lot of punishment, I’ll give him that. I would say his best method of victory is just taking Costa to deep water by grappling him, stalling, and just making making him work, but Vettori has to be willing to try and actually do something, rather than just stall.”

And this is exactly what thwarted Vettori in his last match against Adesanya he seemed non committal and unable to actually take down and control Adesanya. However in spite of this, and the statistics overwhelmingly on Adesanya’s side Vettori still believed he had that match in the bag.