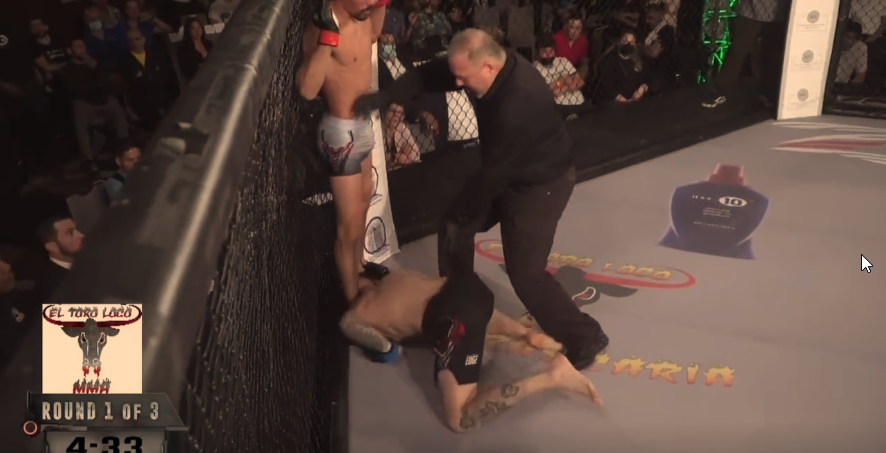 Titan FC just wrapped one of the most memorable cards to date. During the Titan FC 73 card the biggest favorite on the card – Asa Ten Pow (-2500) was disqualified for delivering a devastating knee to the head of Chris Roman during their bout. Following the knee Roman appeared to be still responsive – however very quickly he would flatline and facepalm in the cage next to Pow’s feet.

Asa Ten Pow illegally knees Chris Roman in the head less than 30 seconds into the fight. Roman eventually gets up and proposes to Roxanne Modaferri who says yes. Fight is declared a no contest. pic.twitter.com/GJRGbrTyxE

Whether it was delayed reaction or not – you be the judge!

In just a few years, Asa Ten Pow has made one heck of a dent in the professional kickboxing scene. Asa Ten Pow was one of the hottest names in GLORY kickboxing before opting to transition to MMA and sign with Titan FC.

Following the DQ – his opponent screamed out like Ric Flair and proposed to his girlfriend the now retired UFC fighter Roxanne Modafferi .

And here’s the bizarre part – the fight was then changed to a No Contest?! The world of MMA is truly unregulated.

Isn’t that the titan promoter? Greasing the wheels I see