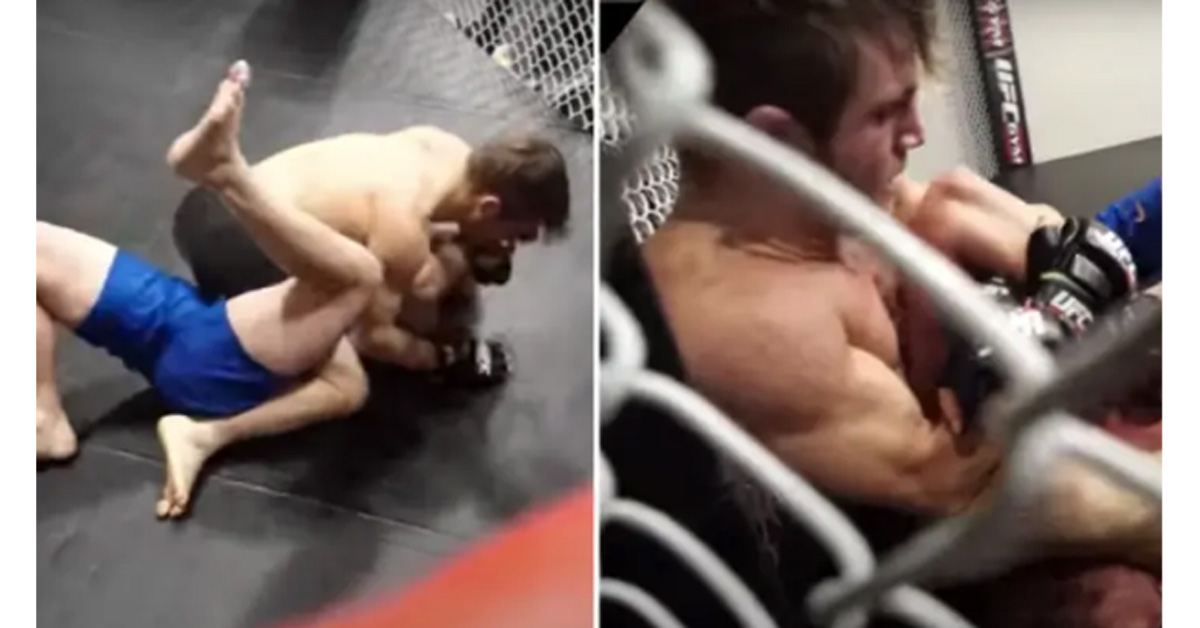 The boxing star Jake Paul fought 2 retired UFC fighters in former champion Tyron Woodley and Ben Askren in a boxing ring and won both fights. He even knocked out Ben Askren in the first round and proved he is a far better fighter boxer. No Askren fan was surprised by this revelations.  However, Jake’s performance in the cage shows why we’ll likely never see him in the cage.

In the past Paul sparred AJ Agazarm in the octagon. Agazarm is a Brazilian Jiu-Jitsu ace and isn’t particularly great at MMA – and especially back in 2017 before he ever made his MMA debut. However  the video of the sparring session went viral again when Jake called out Conor McGregor and Dillon Danis.

In the video, Jake was dominated by Agazarm in ground fighting, unable to do fight back. The celebrity Youtuber desperately moved his legs but nothing seemed to work. The fight ended when Agazarm locked him in an armbar in the second round and made Jake tap out.

Nowadays, Jake is focusing on boxing only as it brings him a recurring income by fighting and winning against big names in combat sport. In his next fight on December 18, Jake is scheduled to face off against Tommy Fury, a half-brother of the current heavyweight champion in boxing Tyson Fury.

On the other hand, AJ Agazarm’s career isn’t doing so well.

“You are but what am i?” ?#Bellator214 pic.twitter.com/ZCaSqoTuNE

The 31-year-old fighter was previously known for the incident in a BJJ match where his opponent, Vagner Rocha, Sparta Kicked him off the stage and lead to an injury. Agazarm joined Bellator MMA in 2019 and has fought five times with a score of 3-2.

He has since had his knee reconstructed and probably won’t be returning any time soon. One lesser known fact about Agazarm is that he’s covering up his actual age – he’s several years older than the fight infographics show him to be.