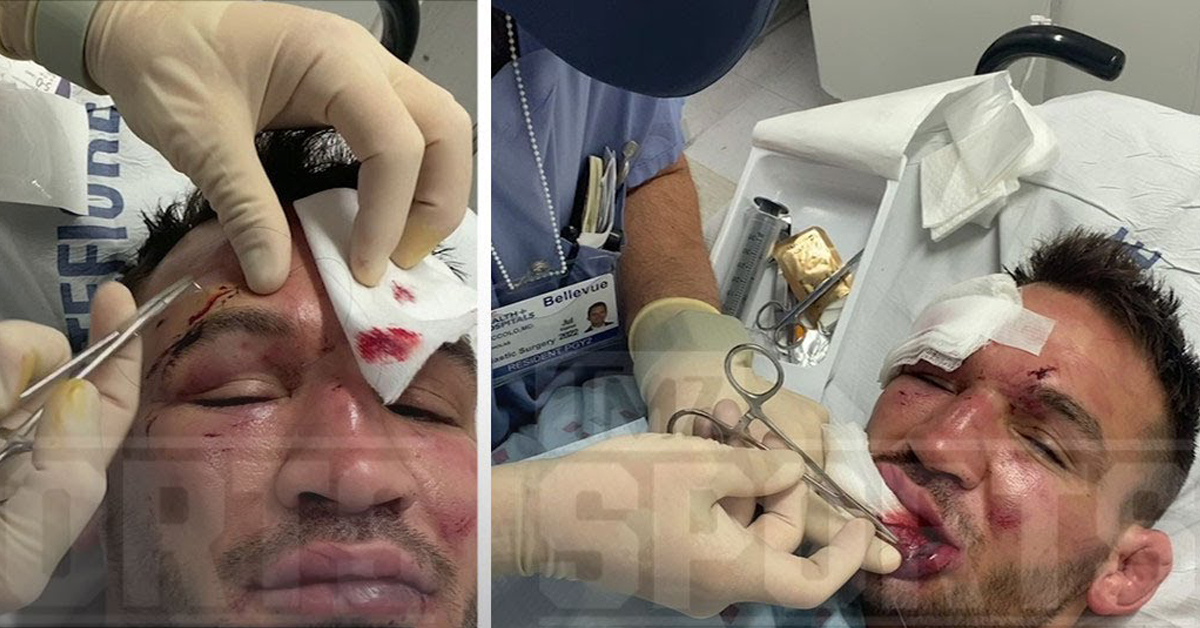 Michael “Iron” Chandler fought Justin Gaethje in a brutal fight at UFC 268. A must watch fight left both Gaethje and Chandler heading to the hospital for a checkup. Chandler, who lost a decision, was substantially worse off.

Meanwhile Chandler first livestreamed on instagram – and ultimately opted to cover up his injuries with a filter.

But after all the fuss died down Chandler – turns out sold the video of his injuries being tended to.

Chandler is back recovering at home and recently shared a video of his son reacting to his facial injuries.

Chandler lost to Gaethje via unanimous decision in a 3 round fight. Even though there is no critical injury, Chandler took some heavy strikes and was wobbled several times.

Chandler is fifth-ranked in the lightweight division. He appears to be shrugging off the loss and continuing in good spirits.

“We made some questionable decisions in the last one, but we had a blast! ill-advised yet entertaining is my strong suit. What a great camp we had at @sanfordmma. Huge thank you to my coaches and training partners. So happy to be home with @briechandler and Hapman. To the fans: I appreciate your guys’ support on this journey. The best is yet to come! See you at the top!” Chandler wrote.