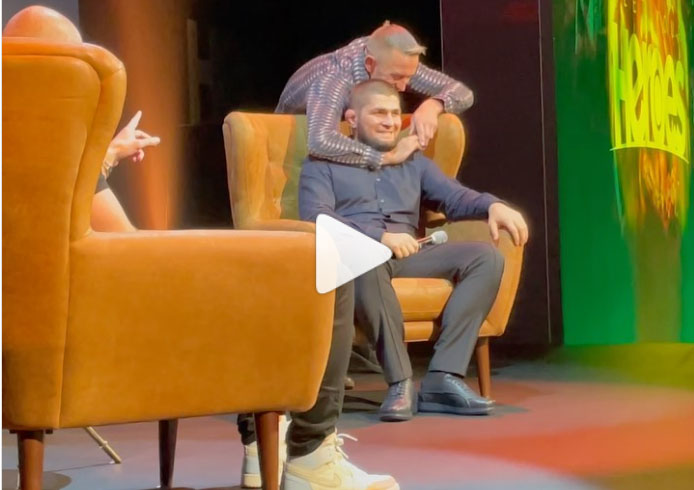 Georges St-Pierre vs Khabib Nurmagomedov is that one match up that was frequently dangled in front of the fans but never materialized. Both sport aces seem to have immense respect for one another and their respective careers.

Recently Georges St-Pierre got to surprise Nurmagomedov on the stage of Arnold Sports Festival in the UK.

Nurmagomedov seemed to be a good sport about the surprise and was in good spirits.
He moved on to Manchester United HQ after the event – there he got to meet Sir Alex Ferguson, Patrice Evra and others and received an honorary Man United jersey.