Alexander Volkanovski is looking forward at the biggest clash in his martial arts career. Volkanovski is the current featherweight champion and the pound for pound champion of UFC. Volkanovski has been averaging a title defense every 180 days. Which is quite impressive considering title bouts are 5 rounders. 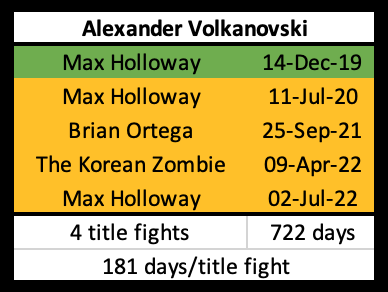 He’ll be taking on a huge challenge (both metaphorically and physically) when he takes on Islam Makhachev in Perth in early 2023.

Makhachev has been vocal about the fact that many UFC aces don’t deserve the jiu-jitsu black belts they’ve been given.

“Please, brother… So what he did when he [Ferguson] catch his arm, he go to do, what is this brother? [Granby roll]…”

“Black belt. Who give him that? We have to check that brother.”

“And we have to cancel many black belts [because] they make Jiu-Jitsu look bad. Because a lot of guys have black belt but I don’t know [if they have the skills].”

And Volkanovski’s bjj coach Craig Jones agrees. Jones was recently spotted preparing for the camp and giving his insight into what it’s gonna take to defeat Makhachev.

“So we really got to reverse engineer what Makhachev’s doing, which I’ve been trying to do on talk, and I’m trying to teach these guys how to do it so I can practice doing it.”

“A lot of safe ways to get up, heists, switches. Obviously I’m working on it in open space. Volkanovski is already really good against the fence to get up, but obviously tough it’s very hard work to start in that deep of him.”

“And a lot of guys don’t mind being on bottom because they’ve never rolled with a guy that knows how to pass guard or pin someone, so don’t know how fatiguing horrible it is.”

“Everyone thinks they know to grapple until they come across a guy that really can pass well and then suddenly they think, s*it, I’d rather be standing. I’d rather be on top.”

And Jones makes a really valid point. At this point he’s an unreplaceable part of the Volkanovski’s camp and had helped the champion pull through some really tough times on the ground against Brian Ortega. Jones is also a great competitor on his own – he just won a silver medal at ADCC.