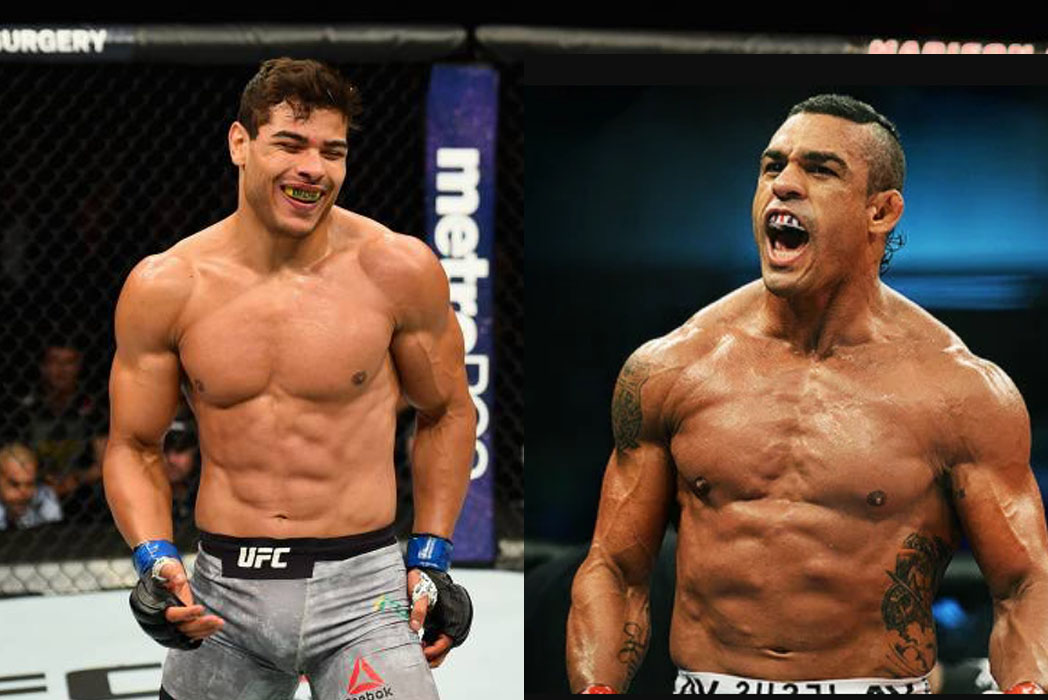 Vitor Belfort is frequently being compared to Paulo Costa – mostly because they both look suspiciously juicy – and they both come from Brazil. Obviously Belfort is considered much better in jiu jitsu whereas Costa is likely to take the edge in boxing. The two don’t seem to like each other very much – and it has recently been confirmed why.

The rivalry between the two is set to stem from a story linking the past of Vitor Belfort and Paulo Borrachinha – revealed by Vinicio Antony, a well-known karate coach and black belt, in the ‘Connect Cast’ podcast.

If the story is to be believed ‘Borrachinha’ – who had already participated in Vitor’s preparation camp for the title fight against Chris Weidman – was also selected to help prepare for the third fight in the trilogy of against Dan Henderson, in 2015.

“Vitor didn’t want Borrachinha. He sent him away. I went to merge training (between them) a couple of times, and he (Belfort) said: ‘No, no, no. Let me do it here with (Cassiano) Tytschyo. Wait a minute, I’ll do it there with Jordan’. And that happened two days in a row. (…) And Borrachinha got pissed, went to the shower and came back. I saw that p*** and kept quiet. In a little while, Vitor said: ‘Master, pull a training session for Borrachinha so that he doesn’t do nothing today’. Then I said: ‘No, man. He’s already showered’. Then Vitor looked at the guy from above, and I said: ‘Ih, f***’”, recalled Vinicio Antony, before continuing.

“I already went to Borrachinha and said: ‘Damn, are you crazy? The guy brought you here’. He said: ‘But I want to train’. And I said: ‘Boy, it’s his camp, it’s not yours. Stick to me that the time will come (you train with him). Go train with Tytschyo, train with the guys. In a little while I’ll put you with him, there won’t be any way out of it’. Then we got home, (…) the phone rings, Gustavo: ‘Vini, send Borrachinha to the airport because his ticket has been bought, it’s now at 4:00 in the afternoon’. I said: ‘What is this? What there was’. And he: ‘Man, Vitor didn’t like his energy’. I said: ‘C***, what the fuck is this esoteric now? It’s not there. The kid is good as hell’. He: ‘Man, Vitor doesn’t want to, he’s relentless, he’s already bought the ticket’. And now? How to do? I went there, talked to him (Borrachinha). He got angry and left”

Back in 2020 Belfort was asked to comment on Costa and restrained from sharing this story.

“Borrachinha has very good hands, he learned a lot of stuff with me,” Belfort told Submission Radio. “It’s like the new version of Anderson, the new version of Belfort. Borrachinha is representing me, a guy with a great physique, very talented, young. And he has a lot of experience, he’s earned his respect.”