Middleweight champion Alex Pereira is getting a tattoo of the UFC championship belt on his arm.

On his Instagram, Pereira just shared a video of himself being tattooed. On the inside of Pereira’s right arm, over his biceps and triceps, is a tattoo of the UFC title. 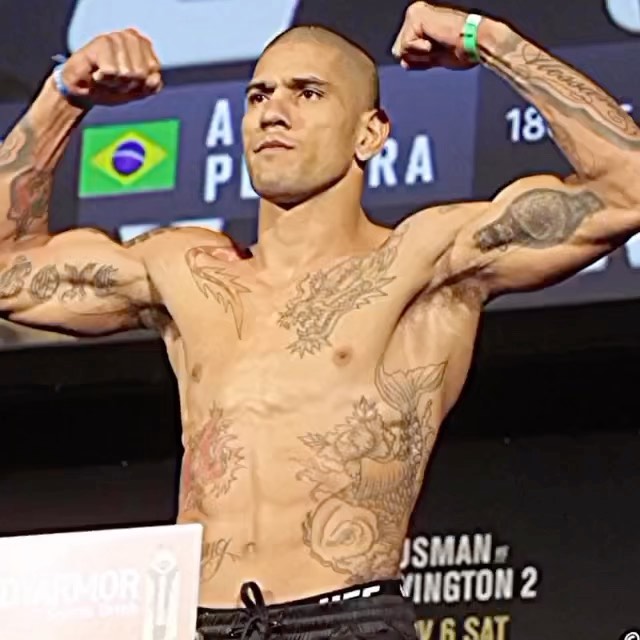 Pereira previously had the Glory kickboxing belt done on his other bicep. The UFC belt will serve as a cover for older tattoo.

Interestingly, Pereira once explained the Glory belt in the following manner:
““Like the Glory belt for example, maybe one day I’ll lose it. But it will always be part of my story. Nobody can steal that from me.” ”

Besides the belts, Pereira has a number of tattoos featuring animals. He previously explained:

“The gorilla represents a lot to me. It’s a strong, independent animal with a strong connection to nature.”

“Besides being a very strong and athletic animal, the Brazilian jaguar is also very smart and ruthless. In my fights, I try to be like that too. I hunt my opponents and then finish them without mercy.” Pereira revealed.

Pereira also has Koi fish tattooed on him.
“When I got the Koi-fish tattoo, I didn’t know about the legend. Later I learned that when a Koi swims to the top of the mountain, he turns into a Dragon. I think that’s really cool.” Pereira recalls

With just three UFC wins under his belt, Pereira was given the opportunity to compete against Israel Adesanya for the middleweight title. Since joining the UFC, Pereira has been hailed as the only challenger who could be able to end Adesanya’s middleweight championship reign.

Pereira lived up to expectations by winning the UFC 281 title by beating Adesanya for the third time overall (and the first time in MMA). Adesanya almost finished out the Brazilian at the conclusion of the first round. However, Pereira seemed to bounce back in round two.

In the third round, Alex Pereira’s problems reappeared as he was mostly subdued and controlled by Adesanya. Glover Teixeira pleaded with Pereira to give it his all in the last round after the Brazilian’s performance clearly declined in round four.

In round five, Pereira’s devastating left hook finally connected. A flurry of follow-up blows was enough to prompt referee Marc Goddard to intervene.

Although Pereira thinks Adesanya deserves a rematch right away, he said he doesn’t think Adensya would desire one.

On the Flagrant podcast, Adesanya recently said the following: