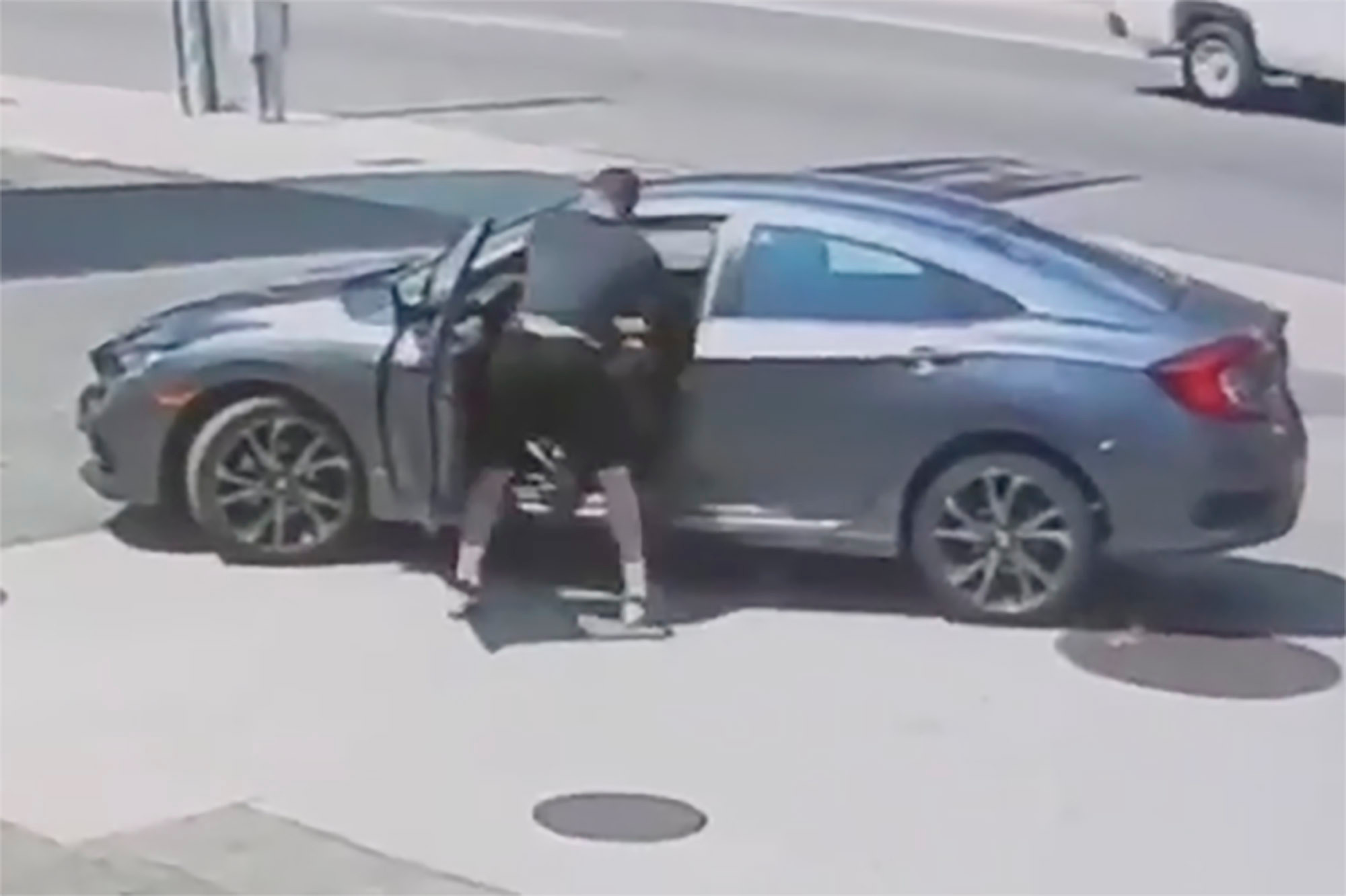 30 year old UFC fighter Jordan Williams left his car running at a gas station parking lot while he ran in to shop for some snacks. Upon his return he realized a carjacker had climbed into the driver’s seat and was trying to steal the car. At that point his instincts kicked into high gear.

The entire incident was caught on gas station CCTV.

“At first I couldn’t really believe it,” Williams told ESPN. “And then I was like, ‘Holy s–t, there’s someone really in my car.’”

The fighter had chased after the car and opened the driver’s door. Then he threw the intruder out of the car. It was akin to something you’d see in a videogame.

“I opened the door and, it’s funny, the first thing I did was throw the stuff I bought on the passenger seat,” Williams said. “And then I proceeded to punch the guy. After the first punch he said, ‘OK, I’m sorry, I’m sorry.’ I was able to get some knees on him, as he was exiting out.”

This gas station was a frequent stomping ground for Williams so he had no difficulties in obtaining the security footage.

“Wish I would of hit him with the trip after the clinch work when I tossed him out of the whip and finish off with some ground and pound,” Williams wrote on Instagram. “But, I’ll settle with getting my car back.”