A lot of strange events take place in Thailand – including this last one. A man did not like the fact that a woman rebuffed his advances. This lead him to think it would be appropriate to retaliate in some way.

The two were reportedly involved in a dispute on a street in Huai Khwang, in Bangkok, Thailand. The situation first took place in a food store. There the man poured a glass of water on the woman’s head.

This was a retaliation for her chooseing not to toast with him. Chainarong Mareejan, 35, pursued Pareploy Saeaia, 25 in the early hours of Sunday morning February 6. 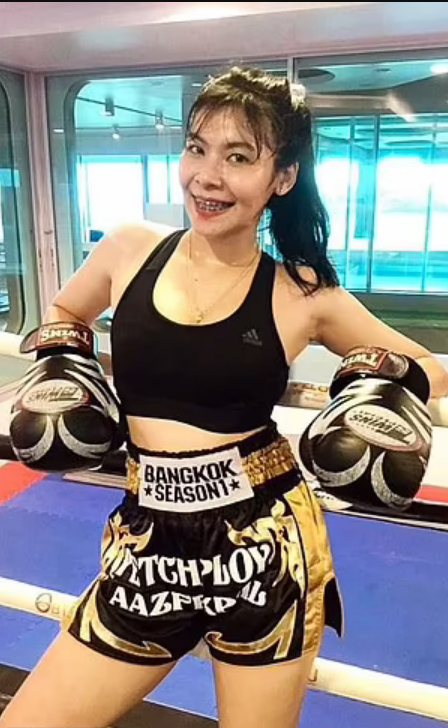 Saeaia rejected his advances as the CCTV footage shows. He then responded by casually walking over to her table and emptying a pint of beer all over her.

The former Muay Thai fighter furiously leapt from her seat and yelled: ‘Fight me if you’re so tough!’

Her friends piled out of the restaurant and on the street attempting to hold her back – but to no avail. The Thai boxing champ cracked Chainarong with a right hand.

Footage from the incident was widely published online.