The all-time worst rendition of the national anthem might have been just performed at Freedom Fight Night 3.

Fans of former UFC heavyweights Ryan Bader and Benson Henderson were anticipating the event. The promotion itself was founded by a number of UFC veterans that are eagerly seeking a different kind of pay structure.

This was an interesting attempt to covet the old school classic UFC demo. Fans were hoping for at least a respectable performance of “The Star-Spangled Banner” before the event. Even if they knew it wouldn’t live up to the hype of being an epic display of production value and top-tier MMA combat.

One man sang the national anthem before the event. From the very first vowel, it was clear that the man was having trouble staying on pitch. He was stumbling through the song.

Sad to say, he absolutely butchered the national anthem, making it one of the most embarrassing and disgraceful performances in recent memory. This guy stopped midway through the national anthem. All to apologize for butchering the lyrics and to call out Ortiz.

In the midst of the performance, the man paused to address the audience. Then offer an explanation for his lackluster performance. Later, he’d forget the lyrics again and had to ask a bystander to repeat them for him.

FFN has been also struggling to put on events. They were blasted by UFC veteran Augusto Tanquinho Mendes recently. They failed to provide a credible opponent after the initial opponent dropped out and even tried crowdsourcing to find a suitable replacement.

In return Mendes blasted them explaining that he thought he’d never see an organization worse than ACA and yet they managed to ‘outperform’ even them. 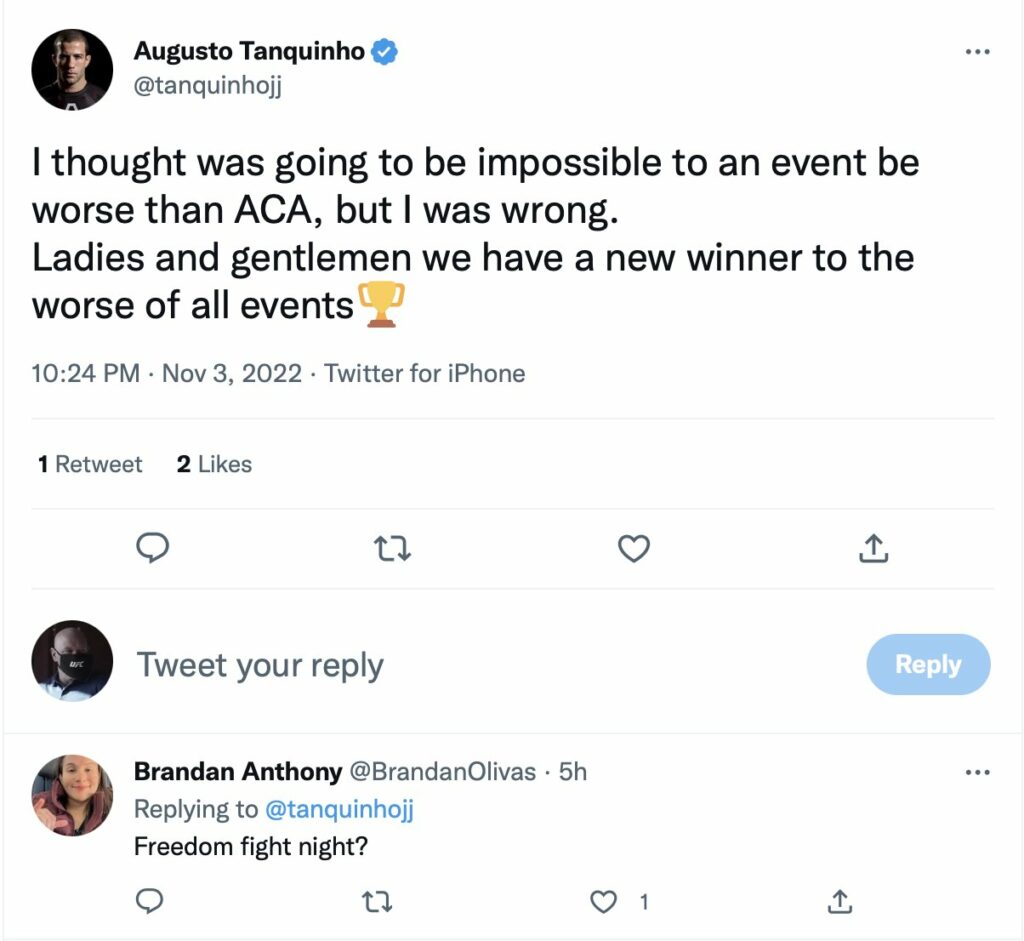