However, due to Chimaev missing weight, the main card was scrapped and the event had to be shuffled just a day before kick off.

Diaz faced Tony Ferguson in the main event. Diaz was spotted watching tape of Ferguson at a concert the night before.

Nate Diaz was ahead on the scorecards against Tony Ferguson from the get go. In the second round Diaz was getting pieced up by leg kicks but he was relentless and managed to land a few shots on Ferguson.

Diaz’s face remained spotless, to the surprise of everyone while Ferguson slowly bled from his face and shin. Diaz eventually locked in a guillotine choke in the 4th round and emerged victorious. 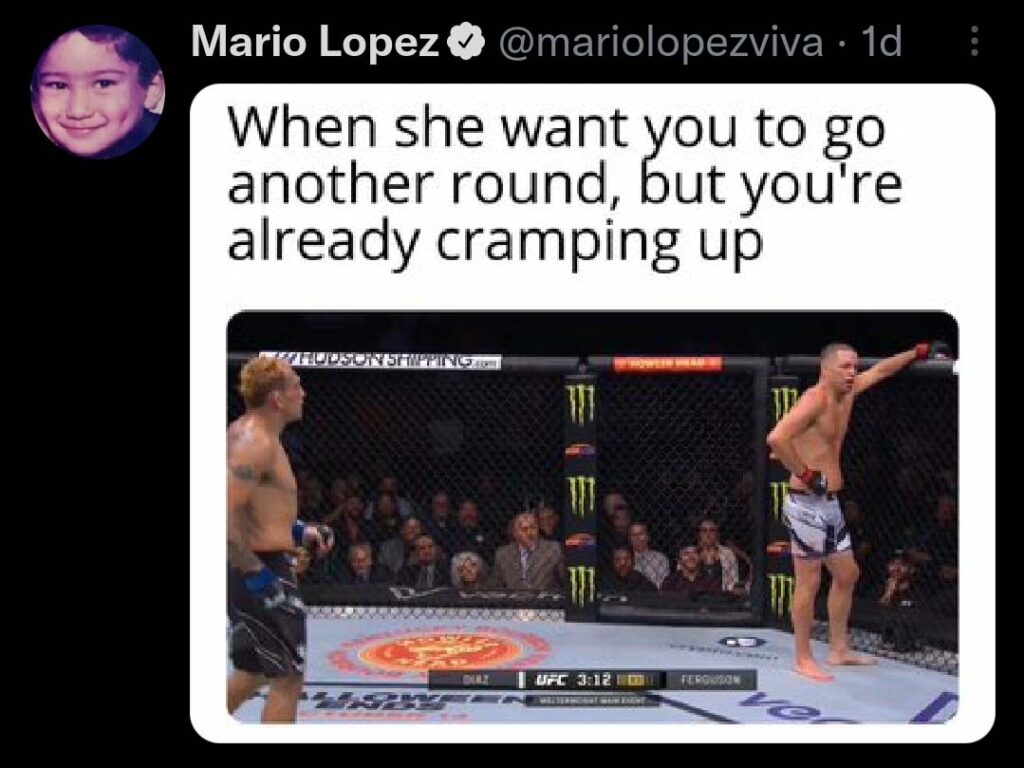 However, Diaz kept stalling by the fence and was repeatedly spotted catching his breath. The Stockton native is famous for his great cardio and strong chin. But the sight of Diaz getting tired was hard to overlook.

Diaz explained his condition to his boxing coach Richard Perez in the octagon after he submitted Ferguson. Diaz revealed that he never trained striking in the camp for the event.

“The whole camp I didn’t punch, I was doing wrestling. So I was getting tired throwing those punches.” Diaz told his longtime coach to which he responded, “You were landing, though.”