Taking up against more than one opponent in a hand-to-hand combat is not an easy thing to do. Aside from skill, a fighter also needs a bit of luck to win the fight. Or a very good strategy.

Kwiecinski was playing aggressively as soon as the fight started. He focused on his strikes to knock down his opponents. The fight was halted and continued soon after.

The fight went on until the last minute of the first round. He knocked down one of the opponents with a head kick, leaving him rolling on the ground. Kwiecinski then continued raining down the other one with a combination of punches.

Alan Kwiecinski had a significant weight advantage during this fight. He weighed in at 85kg while his opponents Lasik and Pazik weighed in at 77kg and 69kg. However, all three of them were around the same height. He fought against reality TV stars Jakub Lasik and Rafal Pasik. 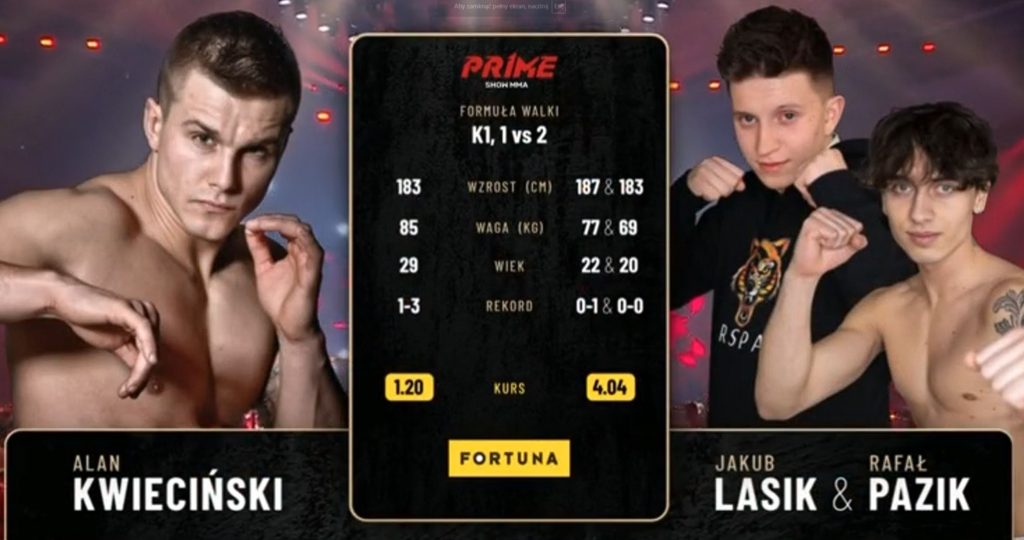 The three fought within Polish MMA promotion ‘Prime MMA’ that was only created last year and is widely considered a freakshow. The promotion matches celebrities and featured some ridiculous fights in the short lifespan it has had thus far.