Conor McGregor has a well documented beef with everyone associated with Khabib from his manager to Hasbulla Magomedov so it’s no surprise there’s no love lost between McGregor and the new lightweight champion Islam Makhachev.

Makhachev isn’t exactly known for his personality and is typically pretty withdrawn and cautious with how he expresses himself but it looks like he’s letting loose a little bit with the goal of becoming UFC’s P2P champion within his grasp.

Conor previously took to twitter to troll Islam Makhachev and as usual went ‘below the belt. Conor is waiting to get back into the octagon, we can expect him sometime in 2022.

McGregor is an infamous fan of bicycling for cardio. There’s been a number of shots of him cycling over the years. 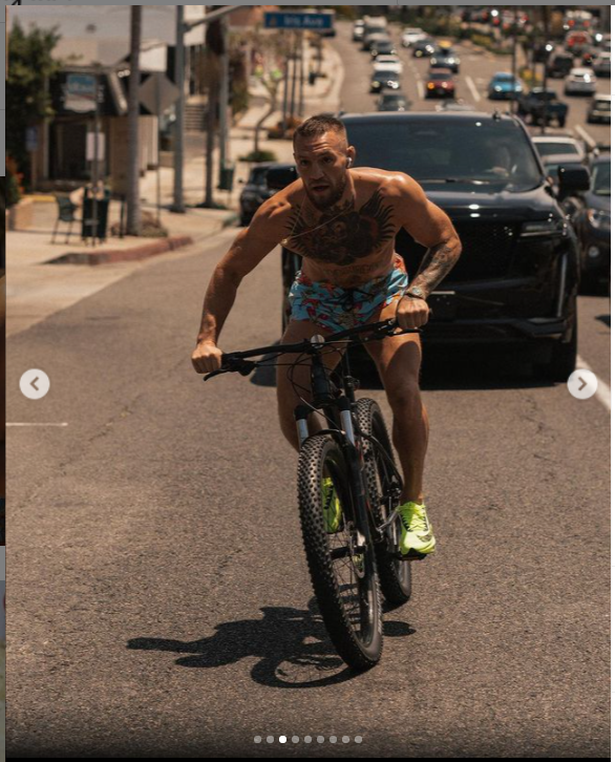 Naturally, Makhachev had a bit of fun with it and even goofed off.

Previously McGregor’s former grappling coach posted a video of Makhachev seemingly getting handsy with a woman – and it backfired.

BJJ Ace Dillon Danis threw shade at the newly crowned lightweight champion Islam Makhachev. The controversial figure shared a picture of Islam Makhachev in a pool with a woman. 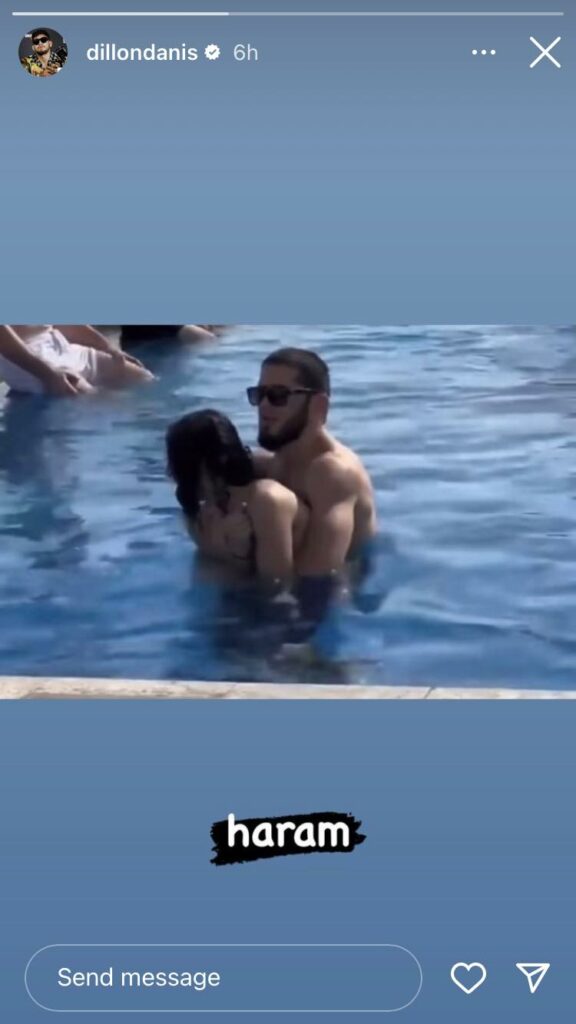 However, the picture went viral on the internet as the guy that looks like Makhachev is holding a woman in a bikini from behind. Danis also added a caption saying, “haram” on the picture.

Not long after, someone revealed that Dillon Danis just screen captured it from a video. In the real footage, it’s pretty clear that it’s actually Islam Makhachev and he was just playing in the swimming pool with a man. The young man has long hair and Danis’ screen captured it as to mislead his sizeable audience.

Islam Makhachev himself is a married man. Just like his friend and coach, Khabib Nurmagomedov, Makhachev chose not to expose his partner in life to the eyes of the general public. Makhachev got married in April 2021.