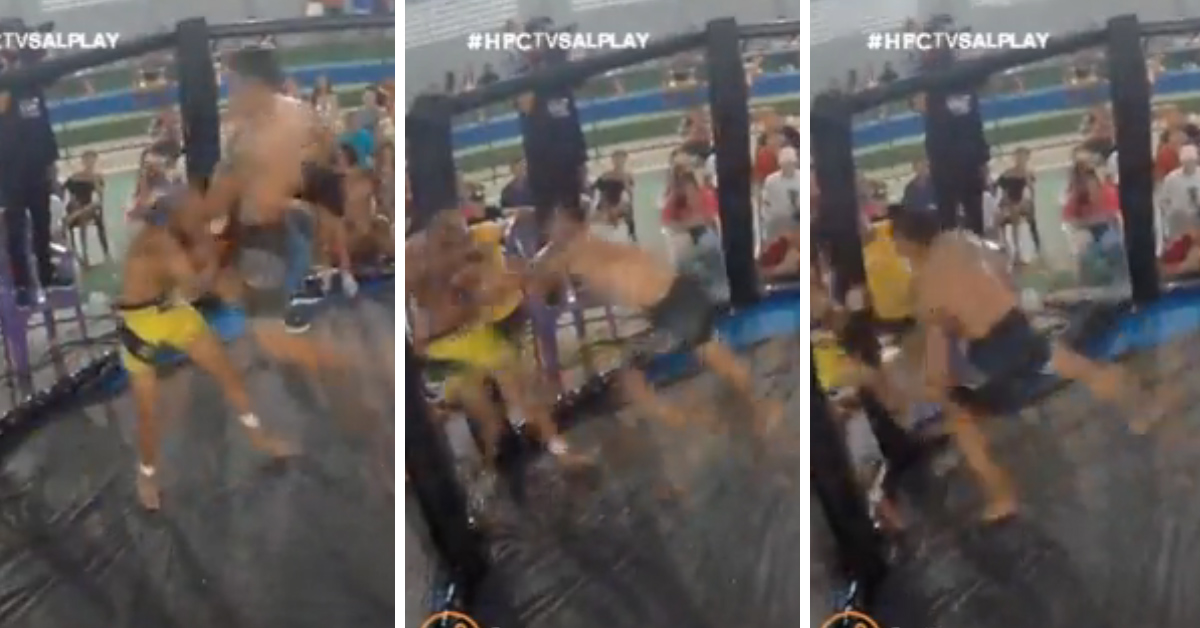 A Bizarre moment happened in Brazil recently. An MMA fighter delivered a flying kick that made his opponent fall out of the cage. The strange incident happened during Home Fight Championship 3 in Brazil on December 5.

The main event was a welterweight title bout between John Sandre and Jose Alves. However, the title fight is nothing compared to this viral moment.

In a clip that was spread across social media, Romeo Reis can be seen delivering a cross-kick towards Galo’s leg. Not long after, Reis jumped and executed a pretty hard flying knee that went straight to Galo’s head. The impact made Galo, who was already in the corner, get pushed back and fall out of the cage.

A lot of people blame Home Fight Championship for being incompetent at managing the cage where fighters use to fight. People also suspect the damage from falling out the cage could be more dangerous than the kick itself.

Luckily, Diogo Galo didn’t suffer any fatal injury and was conscious after the bizarre incident. Romeo Reis was announced as the winner. Galo climbed back into the cage and gave Reis a hug after the fight.

You can watch the full fight below: