On a recent card they featured the headline fight between Mikhail Allakhverdian and Márcio Santos. Allakhverdian was a favorite going into the fight. 29 year old Armenian fighter is on a two fight winning spree thanks to brutal performance at last night’s AMC Fight Nights 109.

Santos’s face got mangled – and he was practically unrecognizable by the end of the main event.

Insane guard pass and GNP by Mikhail Allakhverdian. This fight is awesome pic.twitter.com/kilQGBw1t6

In case these cliff notes got you excited you can watch the full fight right here.

Santos got battered pretty badly by end of round 2. Mid round 2 a jab appeared to slice his eyebrow further open. At that point he was taken down by Allakhverdian who proceeded to deliver ground and pound. To Santos’ credit he kept on defending intelligently and remained in the fight.

Santos’ head appeared to bleed all over the mat. But he held his own in grappling exchanges even trying to heel hook Allakhverdian. Allakhverdian used the opportunity to come up on top. 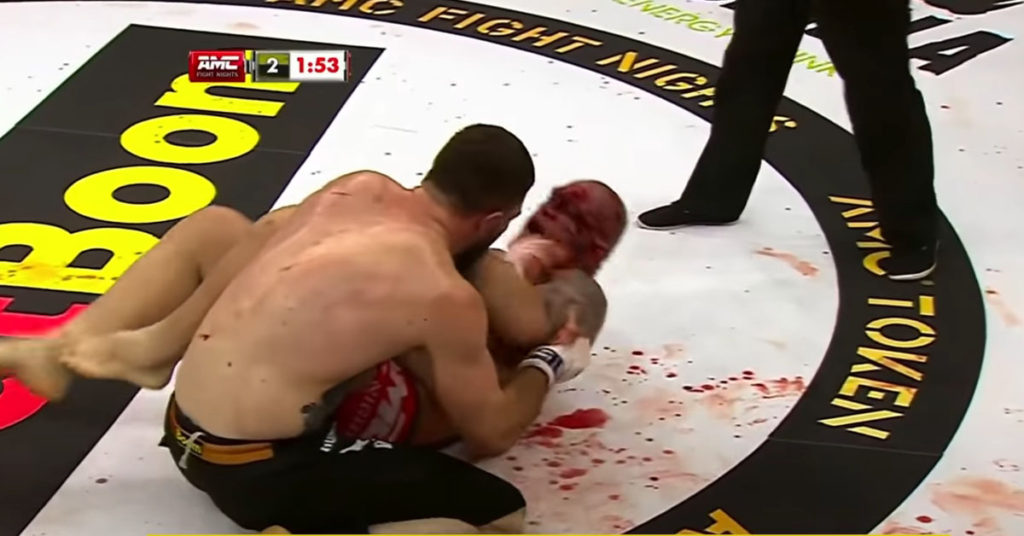 Santos kept on insisting to play the leglock game – however with about a minute left on the clock the referee had seen enough – at this point his eyes were covered in blood. And even though he was attempting a submission referee called time. It was incredibly peculiar considering how uncommon it is for a referee to interrupt a fight during a submission hold. 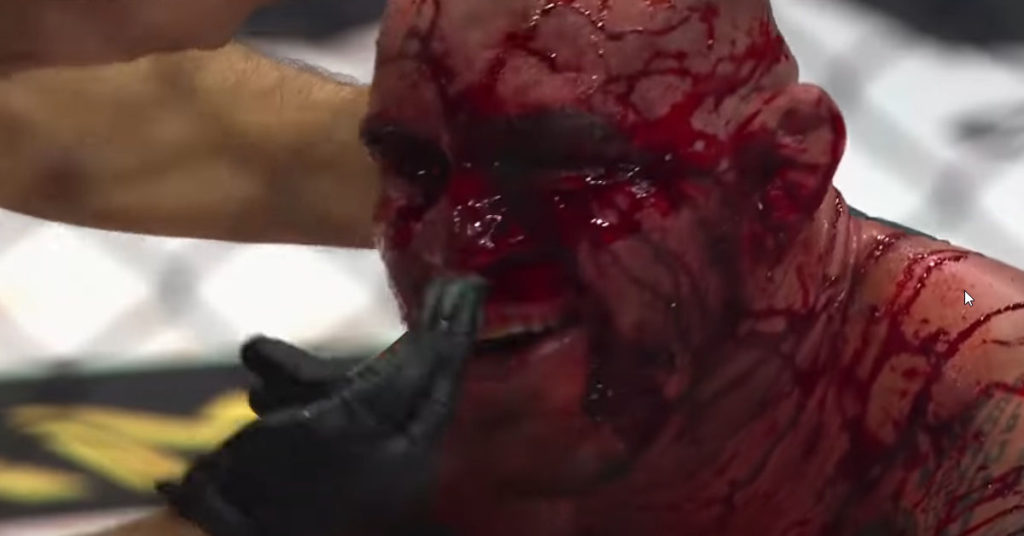 What followed was even more bizarre – the fight didn’t end there. Santos was allowed time with the cuttmen to clean up – and the fight continued.

The bleeding quickly resumed – thanks to having taken more damage but Santos still kept attacking and going forward.  Santos even set a bear trap and attempted to take the back of  Allakhverdian early in round 3 but he was unable to capitalize. Santos spent a good deal of round 3 in a dominant position – but it failed to persuade the judges.