Khabib Nurmagomedov only lost two rounds in his entire UFC run. He lost one round when he took on Conor McGregor and Justin Gaethje.

Khabib Nurmagomedov is undoubtedly one of the greatest athletes in mixed martial arts. ‘The Eagle’ is undefeated with a total of 29 professional outings, in which 13 of them were in the UFC. He won the vacant lightweight belt against Al Iaquinta in 2018 and defended it three times against Conor McGregor, Dustin Poirier, and Justin Gaethje before announcing his retirement. Khabib recently drew parallels between the media treatment he was getting after beating Gaethje and how Islam Makhachev is treated at the moment.

The 34-year-old Dagestani was mostly facing inexperienced athletes during his early days in mixed martial arts. However, his dominance against top-class athletes can’t be overlooked. In his 8 years of UFC run, Khabib only lost two rounds and barely took a hit.

His first round loss was when he faced Irish star Conor McGregor at UFC 229. McGregor put up a pretty good performance against Khabib’s sambo skill set. He landed several hits and won the third round. Unfortunately for him, Khabib still finished him in the fourth round. 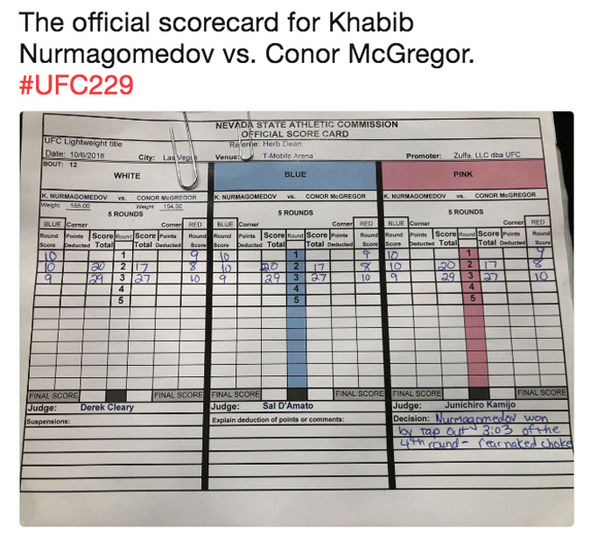 Khabib’s other round loss was against lightweight top contender Justin Gaethje. Khabib considered his bout with Gaethje as his toughest opponent to date. Despite losing the match early in the second round, Gaethje found a lot of momentum in the first. He landed several shots while successfully avoiding Khabib’s takedown attempts.

Khabib Nurmagomedov retired in 2020 following the passing of his late father, Abdulmanap Nurmagomedov, who was also his coach. He also promised his mother that he will never compete in the octagon again.

Currently, Khabib focuses his career as a promoter of Eagle FC, a Russian-based MMA promotion. He also trained several Dagestan athletes, including his old friend Islam Makhachev who is now a lightweight champion.