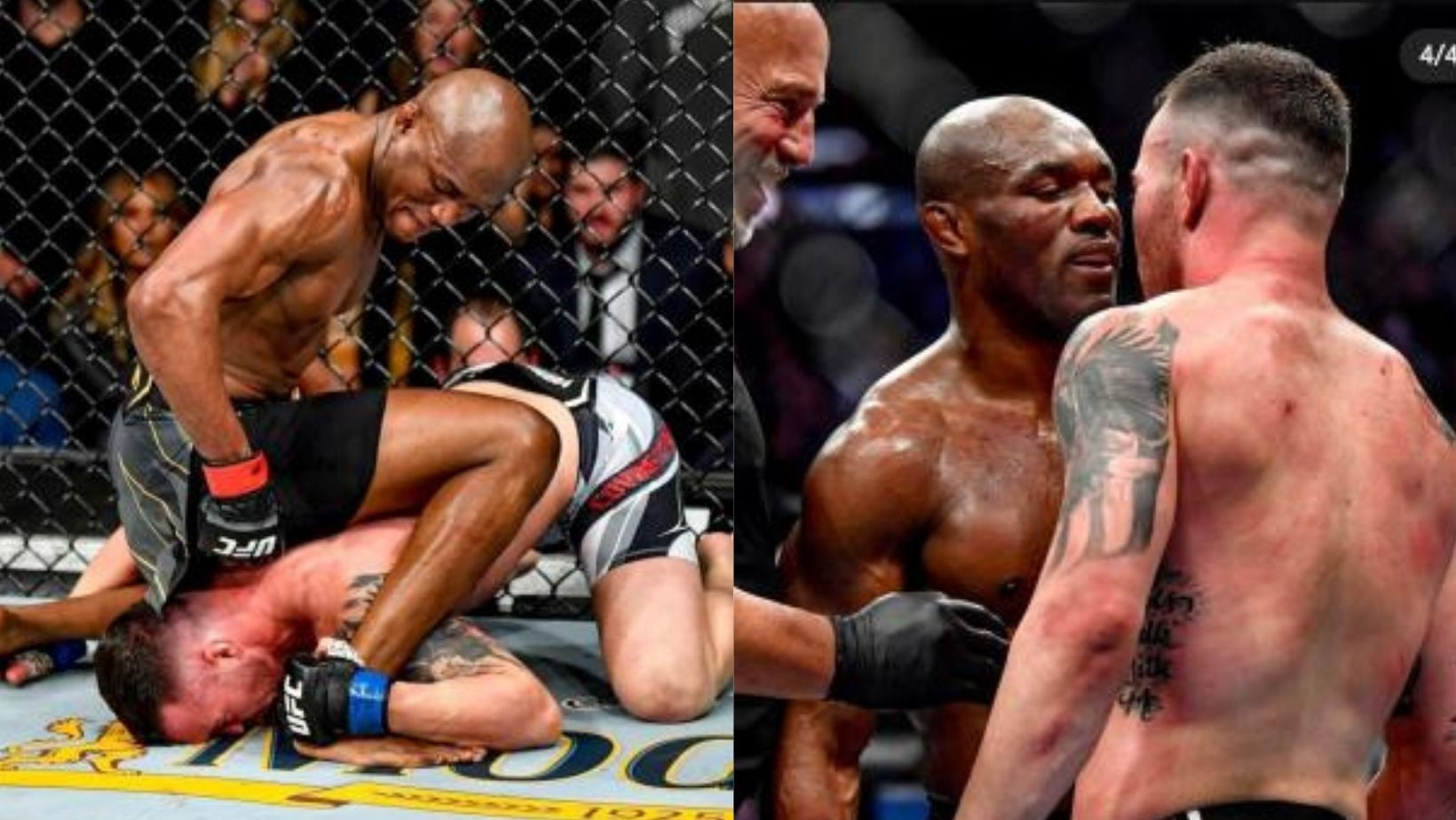 Much has been said in the lead up to Colby Covington and Kamaru Usman rematch. Covington – who resurrected his career with plenty of outrageous claims – exchanged words with Usman following their fight. And the two seemed to reach a tentative truce.

After a 5 round battle, and bad blood aside, Kamaru Usman and Colby Covington embrace ? #UFC268 pic.twitter.com/Yd1kgcxn3x

Kamaru Usman edged out a victory over Colby Covington after 5 rounds. Usman also joined Covington in UFC’s 50 takedown club – he’s the 25th fighter on the list. Both Usman and Covington had impressive college wrestling careers which is why it’s all the more interesting having them indulge in a slug fest.

In round 1 Usman managed to open up a cut under Colby’s eye. Covington’s takedown game betrayed him in round 2 as he was unable to get Usman down. Usman was great with counter wrestling and punishing these attempts.

“I gotta give it up,” Usman said after the fight. “There’s a lot of trash talk. There’s a lot of bad blood here and I’m sure there’s still going to be some after tonight, but this guy’s a tough son of a b*tch. He’s tough as sh*t.”

“I wanted to get crazy and I wanted to get him out of there but I knew with a guy like this, he’s going to creep back in there and we’re going to end up in a situation we don’t wanna be in,” Usman said.

“When you share an octagon with someone this tough. You can’t help it. You know that respect is going to come.”

Colby had this to say after the fight:

“I had my moments,” Covington said. “I wobbled him a couple of times at the end of the round. I wasn’t able to capitalize. It was his night. He had a better night. Love me or hate me, I’m just getting started. You haven’t seen the best of Colby ‘Chaos’ Covington yet.”

MASSIVE left from Usman and he wobbles Covington ? #UFC268 pic.twitter.com/cd4igi57I0

Every time Kamaru Usman gets Colby Covington into the Octagon he breaks something. #UFC268 ??‍♂️ pic.twitter.com/dnGTGHgJo5