Ukrainian McGregor Askar Mozharov is one of the more interesting stories as of late. The Ukrainan managed to fake his way to a UFC contract.

When was Mozharov was booked for a bout in the UFC his record was falsely represented as 25-7. This would soon turn out to be an inflated number and repeatedly adjusted.

IF we take into account his embarrassing outing during UFC Vegas 56 against Alonzo Menifield, Mozharov’s record was 17-14. But this wasn’t the end of it.

The investigation into Mozharov kept on going and various governing bodies and promotions had yet to verify his claims. One of those sources was the Sambo Federation which informed sherdog’s staff that Mozharov was not on a 2014 card that he’d previously submitted.

Multiple sources from the organization confirmed this. Owner of the OPFA Safari promotion in Ukraine confirmed that three shows from Feb. to May 2015 in Odessa never occurred.

As per Associate Editor at sherdog Jay Pettry, the organizers never staged these three “Safari – Ukraine Cup” events, the billed ref was not in that part of the country at that time, and for the piece de resistance, the venue in which the bouts were “held” does not exist. 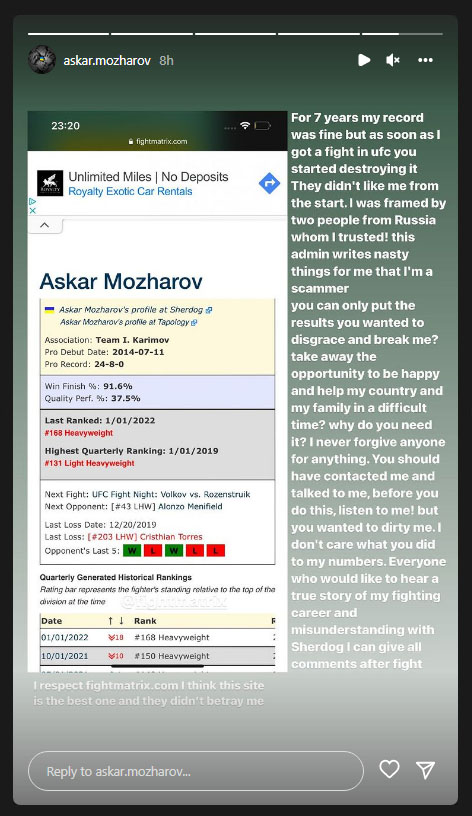 Immediately after the loss, Mozharov posted the following on social media: 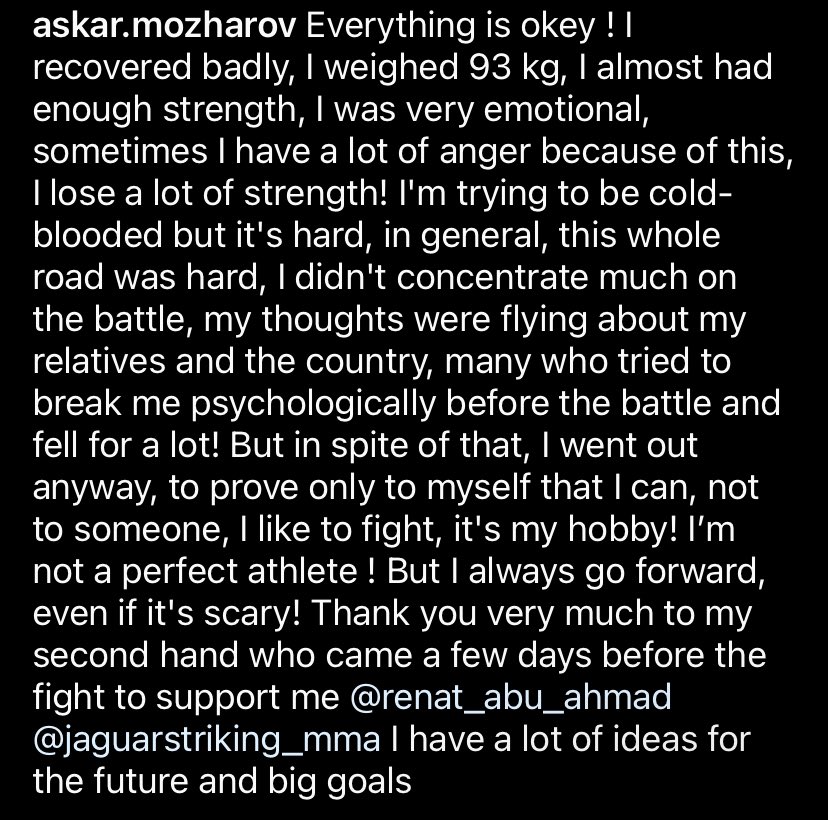 nd it appears his future and ‘big ideas’ are also under advisement. Mozharov announced he was reconsidering MMA as a career choice saying:

“Askar Mozharov announced on Instagram that he left MMA – Many people ask what I have with the UFC – I have moved away from MMA and decided to stop cooperation, on my initiative! I’m not surprised by what media writes there! I’m done with MMA! There are other plans, thank you all!” translated via iHeartGeorgius1 on Twitter