Angela Hill has been in UFC since 2014 counting the brief stint she did in Invicta in 2016. But in spite of having 33 bouts in her career she still appears to be struggling to earn money.

The 37 year old Hill recently resorted to a releasing new merch in order to subsidize her income. But by doing this Hill caused quite a stir in the MMA community because her new merch design is racist, for lack of a better term. 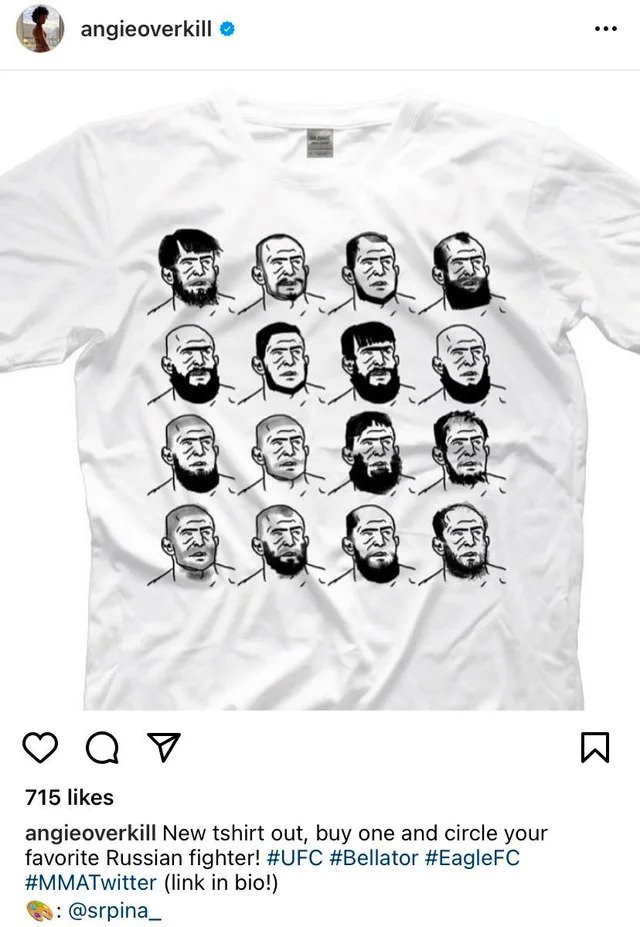 This is especially hypocritical considering how Hill previously opened up about experiencing racism and how racial stereotyping adversely affected her career. She told ESPN in 2020:

“It’s hard to get past. People talk about your physique and they never compliment your technique, your slickness or your ability to absorb knowledge,” says Hill.

“That can feel very patronizing. You don’t feel like you’re being as respected as much as your other training partner.”

“For me, Black Lives Matter is an idea. It’s saying equality isn’t happening right now but it can be achieved, and that’s all it is to me.” Hill concluded in the interview.

Fast forward to her new merch release. Some of the comments Hill received on release include:

“Racism is fun when their skin is pale! – Most of society”

“Hopefully one day we’ll learn (collectively) not to be bigoted towards a group of people because of the actions of their government.”

Hill deleted the post once the comments became a bit too negative for her liking. She’s since then made a parody of the Russian shirt depicting African Americans  in a weird attempt to ‘avoid getting cancelled’ .