According to reports, former UFC star Phil Baroni has been arrested in Mexico on suspicion of killing his girlfriend.

According to the Mexican news site Tribuna De La Bahia, Baroni got into an altercation with his girlfriend inside a hotel in San Pancho. He was allegedly under the influence at the time.

According to the report, Baroni contacted cops outside on Sunday and reported that his girlfriend was not responding. The cops discovered a dead woman inside the couple’s hotel room.

A number of UFC veterans and MMA insiders shared that they suspected Baroni was suffering from CTE also known as chronic traumatic encephalopathy. CTE is an irreversible brain disease that plagues athletes practicing contact sports.

Josh Barnett explained that CTE was likely to blame for the legal issues Baroni was now facing.

“The news about Phil Baroni is terrible and incredibly tragic as well. I’ve known Phil for 2 decades + and at the 1st JB Bloodsport show could see that his personality and behavior was erratic, displaced, and emotionally he was all over the place and it was obvious why: CTE”

“It was so tough dealing with him at the show that I couldn’t keep booking him even though I wanted to. He was too much to handle and so scattered. He blew up at me because I hadn’t used him again and I blocked him on social media but there wasn’t much I could do.”

One of his increasingly strange behaviors was voicing his support for a UFC veteran that’s serving a life sentence after he was convicted for a number of crimes including kidnapping and domestic battery. 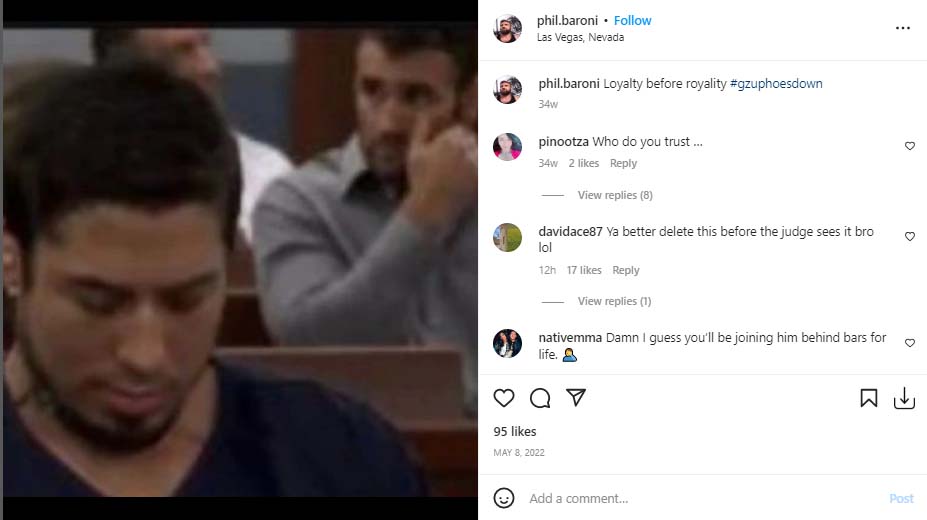 War Machine aka Jonathan Paul Koppenhaver competed in MMA from 2004 until 2013 and had a record consisting of 14 wins and 5 losses. He notably competed in the UFC and Bellator.

Infamous Criminal psychology channel did an in depth documentary on case of Koppenhaver.

As for Baroni, TMZ reports:

Phil said transpired, the retired fighter tracked down authorities and told them he got into a argument with his girlfriend in their hotel room when things turned physical.

Baroni reportedly told police he was upset after finding his GF slept with another man, so he told her to take a shower — but she refused.

Baroni claims he then grabbed the woman by her arms and forced her into the shower … which led to her hitting her head.