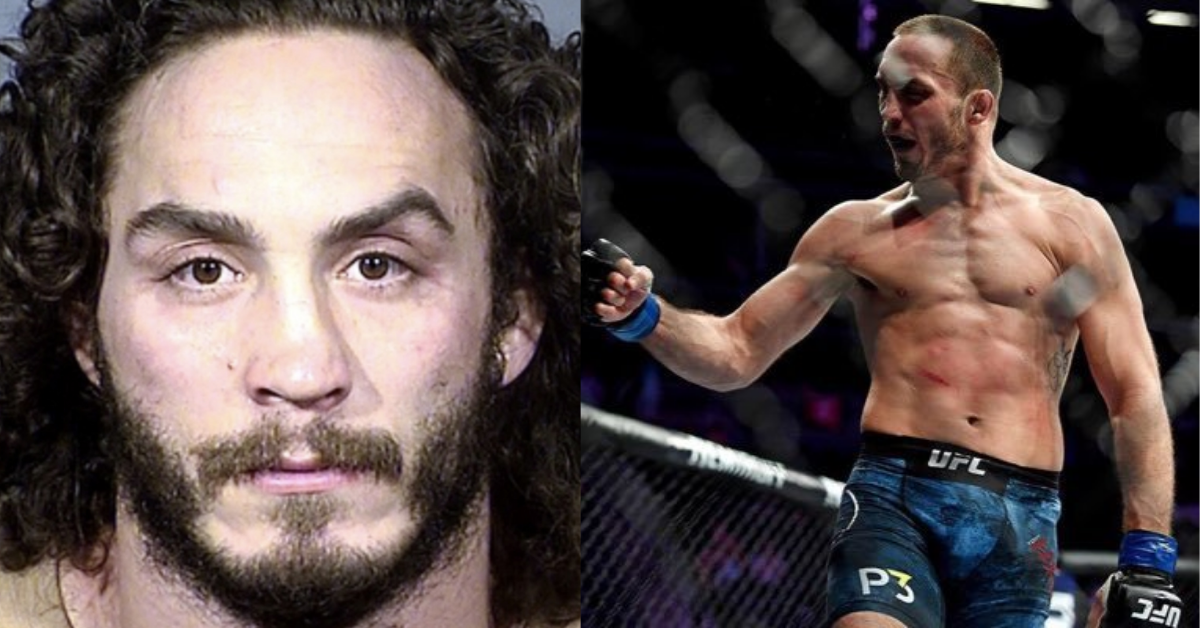 Another off-stage incident involving an MMA fighter happened in Las Vegas on November 20th. This time, former UFC lightweight and welterweight fighter, Anthony Tony/Rocco Martin, is alleged to have punched a security officer in a hallway at Caesars Palace. Martin reportedly assaulted the security guard after he had urinated in the hallway.

The incident began when Tony was spotted through a security camera peeing in a casino hallway. Some security guards proceeded to take care of him and approached him to confront him. The guards asked Martin to leave the place and demanded Martin to show his identification.

Refusing to do what the officers told him, Tony Martin then punched one of the officers, the security manager Nathan Wilson, right on his throat. The rest of the officers immediately took an action by putting Martin on the floor.

Not long after the incident, the police arrived on the scene and arrested the former mixed martial artist. One of the police said that Martin looks very agitated and assumed he was under the influence of alcohol. During the arrest, Martin said to the police that he was being racially profiled in the incident.

The 31-year-old man is facing charges for one count each of battery and lewd/dissolute conduct in a public place. On the next day, Martin was released and expected to appear in court on January 19 next year.

Shouts out to Rocco Martin (17-5), who moved to 5-1 as a UFC welter by dismantling a streaking Ramazan Emeev. This calf kick-heavy approach, combined with great TDD, is what you want to see from a guy who’s constantly force-fed grapplers like Maia, Moraes, and LaFlare. #UFCMoscow pic.twitter.com/WxZHMSbFz7

Everything was cool until he added Rocco to his name. Anthony Martin was winning fights in the UFC and dating Kayla Harrison. Anthony Rocco Martin pees in casino hallways and looks like this. https://t.co/bOWGozb7wx

Martin was struggling for a longer period of time. Just a couple years ago he was challenging ranked opponent in Demian Maia in the UFC and dating current PFL champion and two time Olympic medalist Kayla Harrison. But controversy seemed to follow him around – even then. He was rumored to be involved in a domestic dispute with his previous wife and the mother of his children.

I love this sequence between Martin and Maia. It encapsulates both Rocco’s marked improvements and the dogged excellence of Demian’s wrestling. #UFCMinneapolis pic.twitter.com/0CQmKjsGVl

At the suggestion of his girlfriend and Olympic gold medalist Kayla Harrison, Anthony Rocco Martin became a new man. @shaunalshatti has the story: https://t.co/49MCL015lN pic.twitter.com/SBkQwjyQuM

Martin started his professional MMA debut in 2012 at Cage Fighting Xtreme 30 event. In 2014, he joined the UFC and has fought 15 times with his last fight at UFC 250 against Neil Magny and retired afterward. In all of his professional MMA career, Martin has a score consisting of 17 wins and 6 losses.