Anthony Rocco Martin has had a hellacious two years, according to his own account. Martin made waves earlier today on twitter when he threatened to expose Kayla Harrison, her manager Ali Abdelaziz and boxer Tyrone Spong.

Martin had a relationship with Harrison as her MMA career was warming up. Both her and Martin were training at ATT and there were rumblings that Martin’s marriage suffered as a result.

Harrison was a vocal supporter of Martin during their relationship and vocally cheered him on during his UFC performances.

Martin was with the UFC from 2014 until June of 2020. He had an MMA record consisting of 18 wins and 6 losses. Martin was released after a loss to Neil Magny. Prior to that his highest profile match up was against Demian Maia in 2019. Maia was considered a gate keeper for the division at the time and a loss to a 41 year old BJJ specialist didn’t look too good.

Martin went on a tweet spree explaining that he plans to do a reveal but then went MIA. 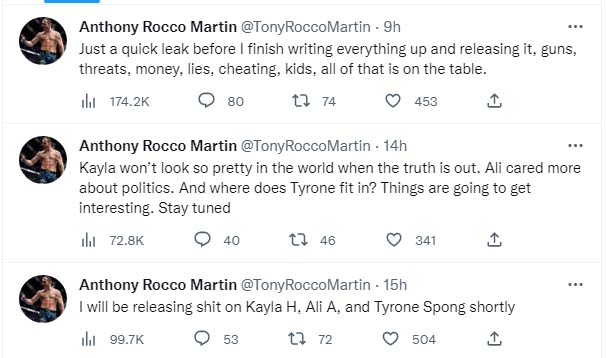 By looking at his social media and headlines attached to him we uncovered a new mugshot – stemming from an incident that took place in December of 2022. 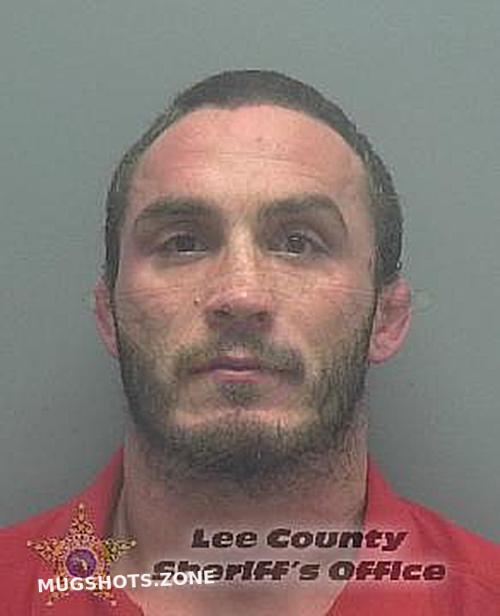 According to mugshots.zone Martin was arrested on the 21st of December of 2022 for assaulting an officer.

Martin made $5000 bail and the court case will proceed with a hearing booked for January 10th.

The crime is considered a first-degree misdemeanor that is punishable by a maximum of 365 days in jail and a $1,000 fine in the state of Florida.

This isn’t Martin’s first brush with the law. Martin was arrested in Las Vegas for allegedly urinating in a casino hallway and punching a security officer in November of 2021. Both charges against Martin were considered misdemeanors.

Martin went on to claim the charges were later dropped.

Martin spent two years unable to compete professionally  between June of 2020 and May of 2022. According to an interview with MMA UG, Martin suffered a severe MRSA infection.

Martin revealed he spent 6 weeks on a PICC line and had even had hallucinations. He went on to reveal he had a lot of knee pain subsequently.

This all impacted him mentally which led to more issues. Ultimately Martin tried relocating to Minnesota to rebuild personal and professional life but a trip to Vegas ended up with him incarcerated.

Martin wasn’t managed by Ali Abdelaziz to our knowledge but he had defended him previously on twitter in the infamous Noah situation. Martin felt his management also wronged him after he parted ways with UFC. 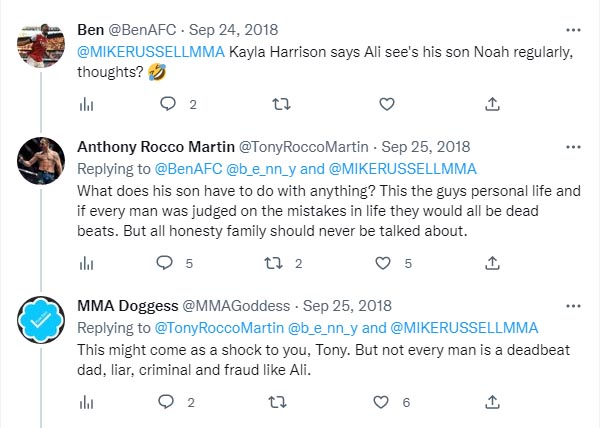 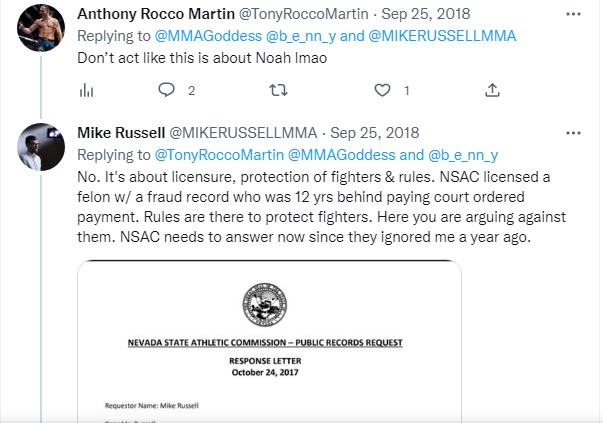 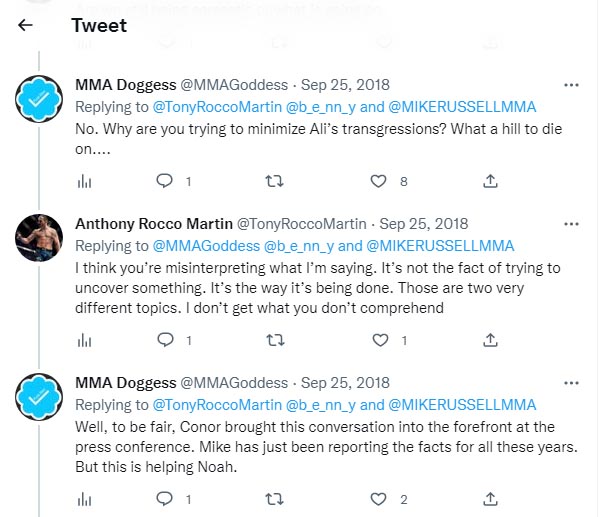 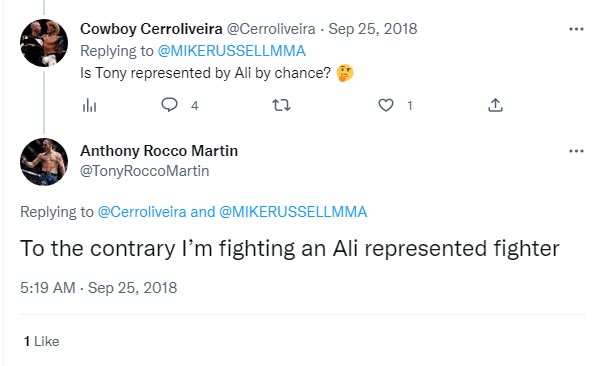 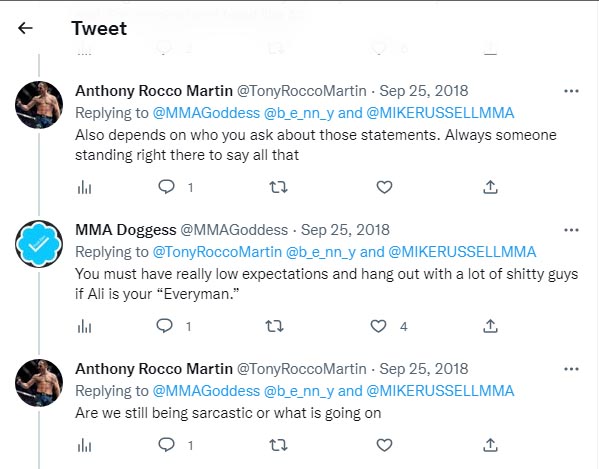 “Obviously not signing a new deal at the UFC, feeling kind of wronged on that end in a way, and just feeling wronged with the management. The living situation I was in down there was just like one of the weirder – I mean, there’s no way anyone could be happy with themselves, you know?”

It’s unclear what his future holds at the time but we’ll be pressed to hear what the accusations he wants to air against Harrison and Abdelaziz.