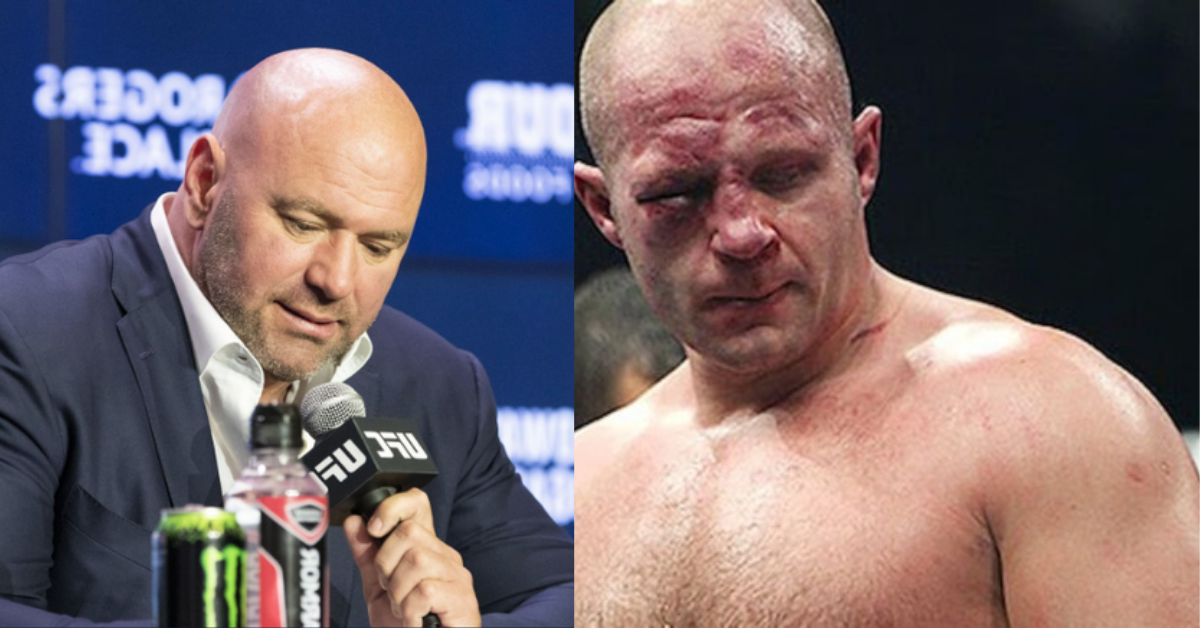 One of the best heavyweight fighters, Fedor Emelianenko, recently beat Timothy Johnson as the main event at Bellator 269 card held in October. The 45-year-old Russian has been fighting in Bellator MMA since 2017. He also fought in various promotions and is considered a legend, but he never signed a contract for the biggest MMA promotion, the UFC.

Of course, the UFC has tried to get him to compete in their cage. Even the UFC president, Dana White, admitted that he wanted Fedor to join the UFC more than anyone else. “He has become my obsession. I want it worse than the fans want it.” Told White to MMAmania.

In 2009, the UFC reportedly offered Fedor a contract worth just under 2 million US dollars per fight plus incentives, but the negotiation failed. And in 2012, Dana White tried to lure Emelianenko out of retirement again due to fans wanting Fedor to fight Brock Lesnar. But, that’s not the end.

Recently, former UFC heavyweight fighter, Shane Carwin, revealed on Twitter that the UFC tried to lure Fedor again back in 2016. He said the UFC asked him and some other heavyweight fighters to make a call-out video in order to anger Fedor.

“October 2016 supposedly it had a chance of being booked & Fight Nights team were working on it for Fight Night 56, asked me to make a call-out video.” Wrote Carwin on his Twitter account.

Unfortunately for the UFC, nobody wants to challenge Fedor in that way.

“No one wants to make a video calling out Fedor, including me. I only referred to him as one of the GOAT’s & it would be an honor.” Added Carwin.

October 2016 supposedly it had chance of being booked & Fight Nights team were working on it for Fight Night 56, asked me make a call out video.

No one wants to make a video calling out Fedor, including me. I only referred to him as one of the GOAT’s & it would be an honor.

The reason Fedor Emelianenko won’t join the UFC is most likely because of his hate towards the UFC president Dana White. After his latest win over Timothy Johnson, Fedor gave his thoughts about White. Stating that he hates the man for using fighters as his pawn and his obsession with money.

“Money means everything to him, He has no respect towards fighters, no respect for any human being. Only money and that’s all.” Told Fedor to Russian outlet TASS.