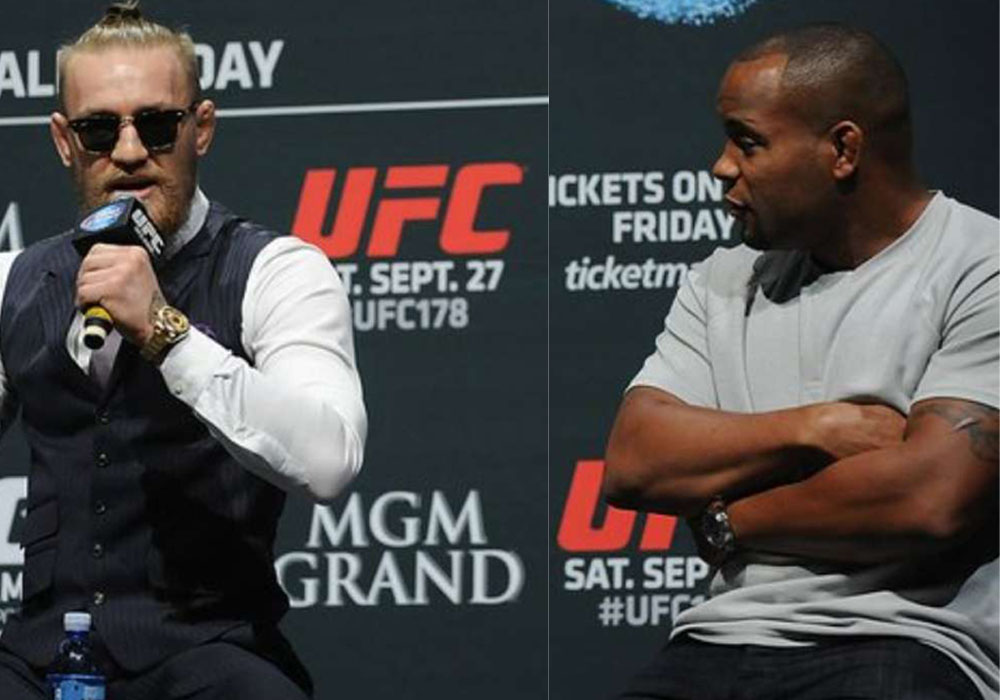 Conor McGregor is profitable – but he also might be far less likable than the public – and the UFC is ready to admit. The problematic Irish sports star has rumors of binges, drug abuse, galivanting, brawling with retirees and Rockstars after all. But is it a gimmick or is it the real him?

After all once you have hundreds of millions in the bank, one would think you’d pretend less not more. Daniel Cormier doesn’t seem to agree. He recently told the media:

“The crazy thing about McGregor is when I say the gimmick, I mean the billionaire with the strut and the fancy cars and the money, because the reality is it’s the WWE,” Cormier told MMA Fighting .

Now Cormier hasn’t been anyone favorite for years – except maybe Dana White’s because it’s wildly known how far he’s willing to go just to bat for the UFC.

Over the years Cormier has been the most vocal about fighter pay, saying things like:

“The reality is this: I want Jorge Masvidal to get his money,” Cormier said. “All I’m saying is that there’s better ways to go about it. That’s all I’ve said for weeks. Go talk about it directly. Deal with it. That’s how I would do it. Hey, look, don’t listen to me. I’m only the guy that’s gotten every single opportunity that I’ve really tried to get or asked for. I’ve gotten paid fairly. I’m just that guy.”

Getting ready for Xmas holidays reminds me of 2012 and 15 days before Xmas the @ufc sends me a 10k holiday bonus check. No reason for it but I remember thinking wow this was my fight purse before. We really do work for a beautiful company. Thank you guys. DC

And if we’re being honest, he’s also not that outspoken about Jon Jones’ sketchy case of PED abuse and or coverup. With plenty of cans of worms – seems Cormier is determined to keep the lid on McGregors – after all he’s the most bankable star on the roster by far. McGregor is reported to have headlined 7 out of 9 top selling UFC PPVs of all time.