Miesha Tate’s face did not have a good night at the UBS Arena in Elmont, New York. Her debut in a new weight division didn’t go well – at all. Tate’s nose seemed compromised early on and had started raining blood all over her white t-shirt.

First 5 minutes in the books 📚

Murphy had been taking down Tate left and right. The two spend majority of the bout clinched up, with Murphy getting the best in exchanges and landing some brutal elbows on Tate.

Tate had undergone a nose procedure previously – and that may have backfired with the scar tissue bleeding profusely. 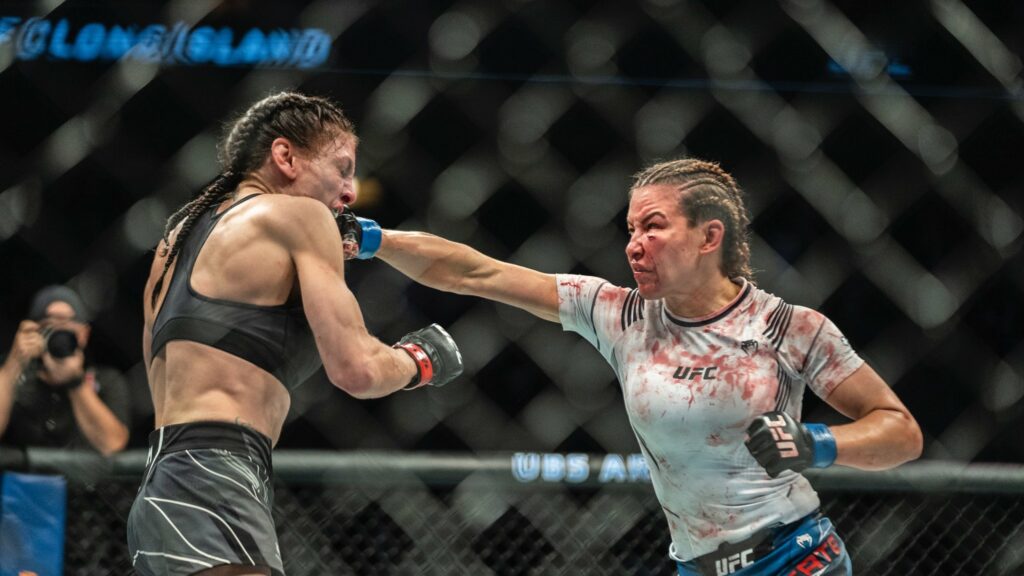 In addition to her nose, her cheek and seemed cut and had grown three sizes. When all was said and done Lauren Murphy sweeped the scorecards. She defeated Miesha Tate via unanimous decision.

What heart, what a fight 👏

A non-technical analysis of Tate/Murphy: Lauren is fighting, Miesha is sparring. Our guy @cody_merrow has been all over this one with confidence.

Here’s how some of the athletes on the UFC roster reacted to the bout:

Boo to the truck for not showing the eye. #UFCLongIsland

For Lauren being the older of the two fighters, she has retained her youthful quickness more than Meisha is seems. #UFCLongIsland