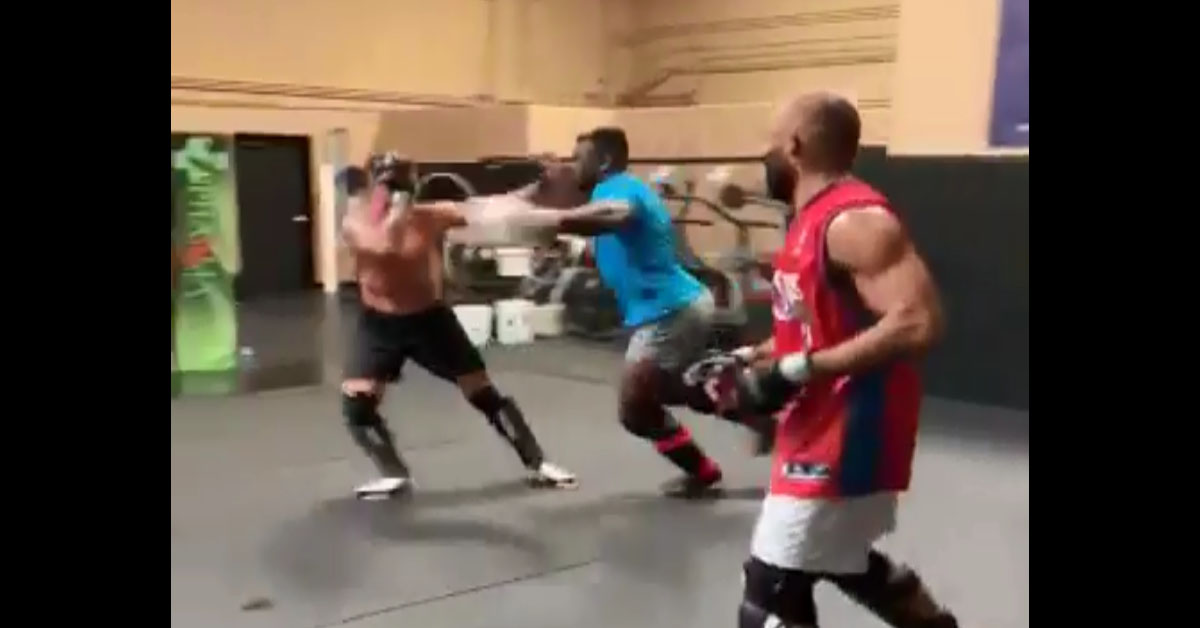 Francis Ngannou brings a lot of attention to the heavyweight division. His rise to infamy comes after earning 5 consecutive victories and snatching the heavyweight title from Stipe Miocic with an outstanding KO in the second round.

Recently, ‘The Predator’ uploaded video footage of him fighting 2 opponents at the same time in a strange sparring session. In that video, he can be seen hilariously dominating the fight as the two opponents are fleeing around.

He added a caption saying “Black Friday deal, 2 for 1 a** whopping!” with a laughing emoticon.

Ngannou is now preparing to defend his title against Ciryl Gane, his former training partner, which is scheduled for January next year at UFC 270 as the main event.

Recently, a video surfaced from backstage at UFC 268 where Ngannou walked past Cyril Gane and ignored him. The video went viral but Ngannou has said that it was just a mistake and he just didn’t notice that Gane was there.

Cyril Gane is an undefeated UFC heavyweight fighter who has a clean score of 10-0. He is a former heavyweight champion in TKO Major League MMA. He joined the UFC in 2019 and in his latest fight, he won the interim champion title against Derrick Lewis in August.

On the other hand, Francis Ngannou is now on his fifth win streak after his title fight in March. Before the title fight, Ngannou won all 4 fights easily within the first round with knockouts. All the fights ended in no more than 2 minutes. In his pro MMA career, Ngannou has a score consisting of 16 wins and 3 losses.