ONE FC is an organization that always talks about itself in superlatives but then when put on the spot fails to provide any receipts. This is exactly what happened to ONE FC CEO Chatri Sityadong recently when Ariel Helwani questioned him about the mountain of debt ONE FC self reported to the Singapore financial body akin to SEC.

Going into tonight’s card, Lea Bivins had no amateur experience. Bivins sole claim to fame is the fact that her father Anthony had 6 bouts on his MMA record and was now coaching her.

Predictably things didn’t go so well once the cage doors were closed.

Noelle Grandjean struck Bivins with a body shot at which point Lea started waving the action off while Grandjean piled on and Herb Dean struggled to be the exact appropriate amount of late in his reaction.

Noelle Grandjean had a 3-0 MMA record heading into the event and had experience in judo. Meanwhile Bivins is reportedly a brown belt in bjj and had competed in wrestling.

Regardless ONE FC does indeed have a history of making pretty big mismatches. One of the biggest ‘WTH’ moments in recent ONE history was when they matched Sage Northcutt with Cosmo Alexandre. For those unaware Cosmo has a kickboxing record consisting of 90 bouts – 70 of the 90 were wins. Predictably Northcutt got blasted into another dimension.

Additionally BLoody elbow published an article in 2021 detailing how athletes from Egypt and India were brought in with very little experience and/or preparation, only to be fed to significantly more accomplished opponents who are said to be favored by the organization.

This is perhaps best evidenced by the fact Egyptian Top Team had a scathing record of 1 win and 22 losses. And the peculiarities don’t stop there.

There’s also a huge disparity in paychecks. While some athletes are favored by management and even receive a monthly stipend on top of purses their opponents sometimes stand to make as much as $750.

Biased treatment also caused a huge loss for the organization which actually has much more consistent talent when it comes to muay thai and kickboxing. MT promoter Sia Boat recently asked for the contracts of his athletes to be severed due to unfavorable treatment they’d received. 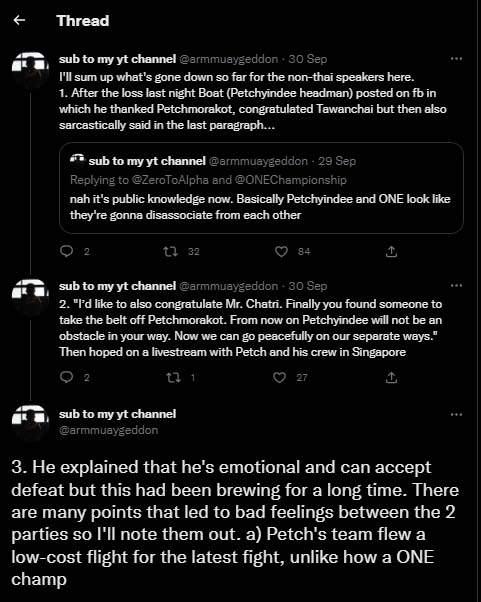