Hair transplants appear to be somewhat of a trend among UFC fighters. After all we’ve been looking at sketchy hairlines for ages – specifically Kamaru Usman’s and Daniel Cormier’s. But this might not be a vanity thing as much as it is a good opportunity to make some extra cash.

During his downtime due to a knee injury and upcoming surgery Francis Ngannou booked another lucrative sponsorship – for a hair transplant. UFC Heavyweight champion has been posting some interesting promotional shots online. In the shots Ngannou is seen sporting a freshly shaved head as a plastic surgeon outlines his desired hairline. The post is captioned:
“Don’t think I changed my hair style, I’m just working on making it even better ?
I’m not ready to go bald yet, so I took the magic solution from @now.hairtime. Growing up my hair back soon… ?” 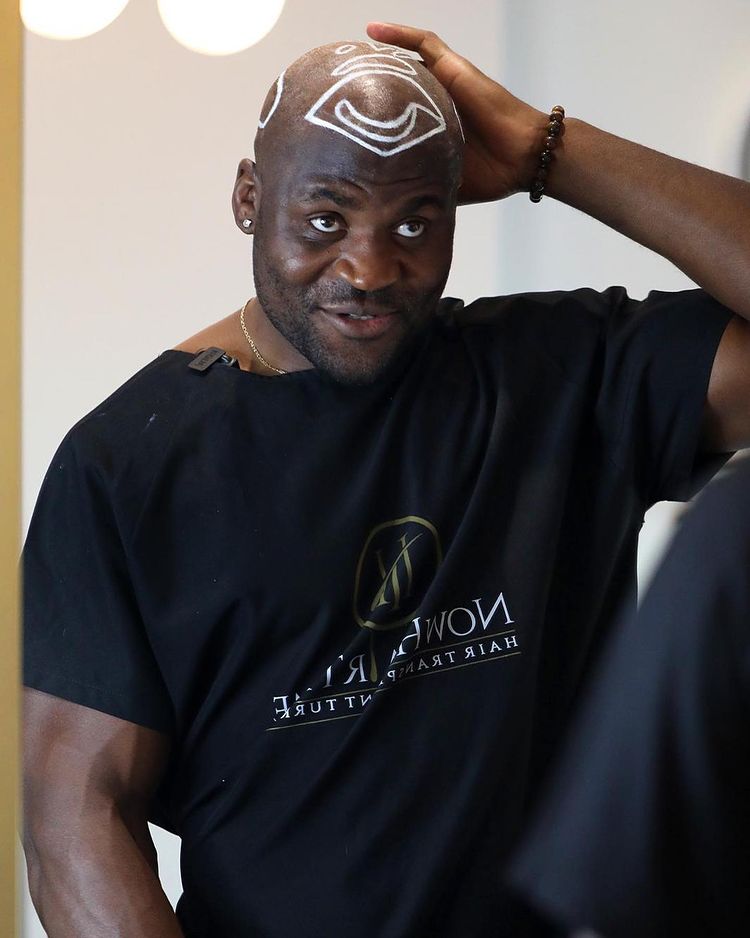 Ngannou is predicted to be in recovery for at least 10 months following a knee reconstruction. UFC heavyweight Tom Aspinall shaded Ngannou over the cosmetic procedure saying:

“He’s getting two, he’s getting two surgeries then. Because I’ve seen on Instagram he’s getting a hair transplant… If he’s having the knee surgery, then [interim heavyweight title fight]. If he’s going to be out for a little bit longer because of the transplant, yeah, probably not. No interim.”

In spite of what Aspinall would have us believing – it’s unlikely the UFC won’t strip him due to the fact that would cancel out his contract and make him a free agent. Ngannou has been gunning for free agency for several years now with the negotiations with the UFC getting incredibly contentious at times. 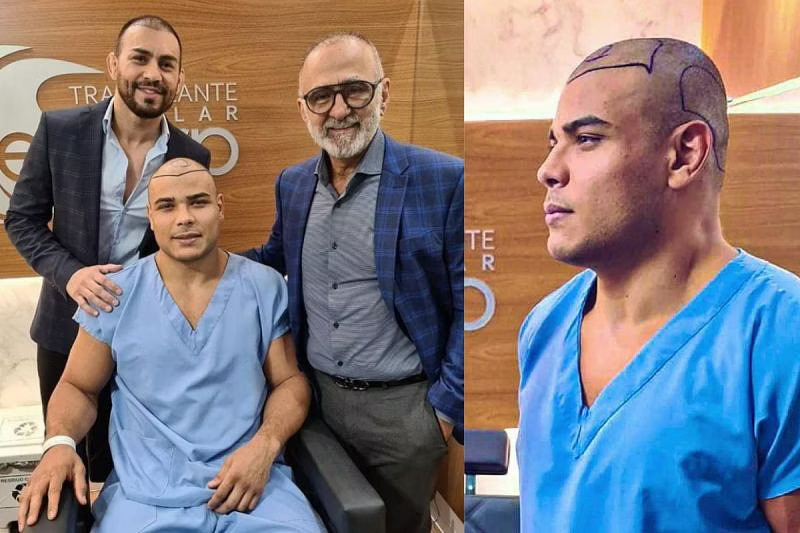