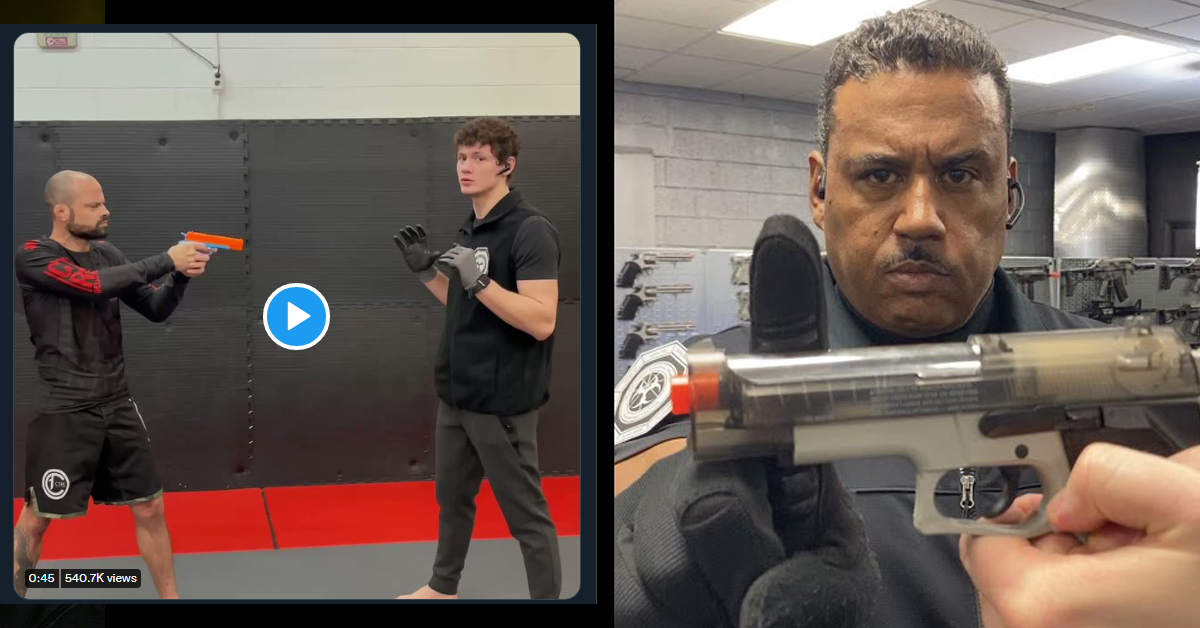 If you’ve been on MMA twitter at all lately you may have noticed this gentleman. 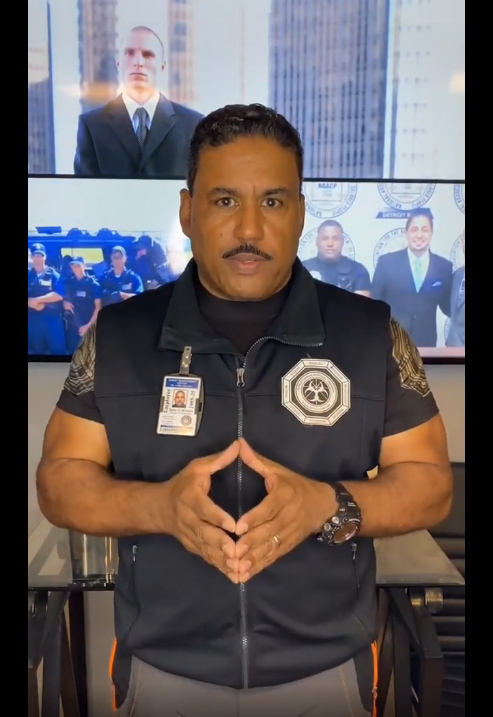 This man handles many Detroit Threat Management social media accounts and is referred to as Commander Dale Brown. Commander Dale Brown is doing his best to reproduce Police uniforms – without someone being able to charge him for impersonating a police officer. This means sporting that shield like logo. The strange insignia on the sleeves. The clothing. And heck, even his car is meant to impersonate police.

Commander Dale even enlists his family to help with demos.

We will be attaching several other best of clips from this gentleman below – but not before sharing how UFC fighter Chase Hopper lampooned the “expert”.

For the demo Hopper supplied himself with the gloves that are a prominent feature in many of the videos – and of course, a plastic gun.

Here’s how to increase your odds of survivability against an attacker armed with a pistol: pic.twitter.com/EJgd3wQGjU

UFC’s official social media even went on to share the clip with some sage words.

Don’t be fooled by the great pretenders of social media.

The only way to stay out of hairy situations is to not put yourself in them to begin but if you DO find yourself in a dangerous situation THIS is the instructional guide you need. https://t.co/SeiMEA8pZ3

No only if they would honor the actual experts with something besides product placement.

UFC GAVE GUIDA A $140 RING FOR GOING INTO THE HALL OF FAME pic.twitter.com/r1SGB8AE4V

Now for the best part. Here’s some more survival tips from the Detroit Threat Management Center:

And as if the gun wasn’t bad enough  – there’s also rifle.