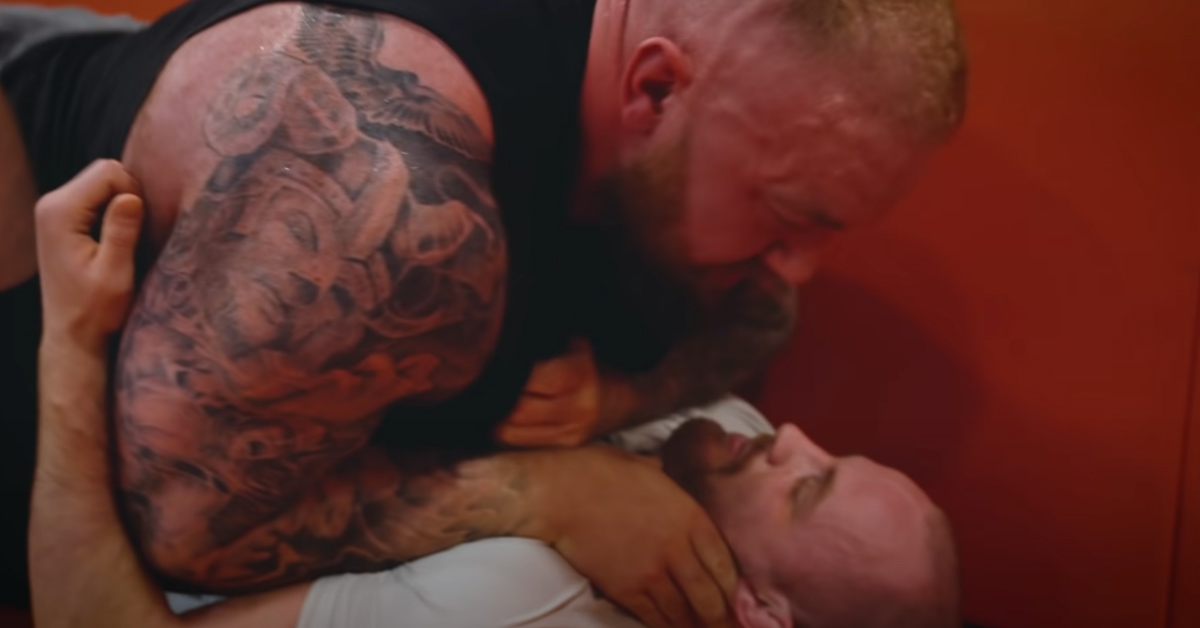 UFC welterweight fighter Gunnar Nelson said that he heard “a nasty pop” when he grappled the man known as ‘The Mountain’ from Game of Thrones back in May. Of course he’s talking about infamous strongman Hafthor Bjornsson.

Hafthor Bjornsson is well-known for his performance in Game of Thrones as Gregor Clegane aka The Mountain, a big and tall knight. The actor himself standing tall at 6 ft 9 in (206 cm). Both Bjornsson and Nelson are Icelanders, so naturally the the two decided to make a grappling video and have fun.

However, Nelson’s ribs didn’t survive the match up.

During a talk with The MMA Hour, Nelson revealed that Björnsson’s body collapsed onto him and he heard something pop. Seconds later, the 33-year-old fighter felt the upper right side of his ribs swelling.

“Something in me was like, I’m not going to say anything now. I’m just thinking, I have to wait for him to show his neck, and we can get this over with. Cause, it’s too late to stop now and say I hurt myself. It was a really fun thing, but it was probably stupid.” Said Gunnar Nelson.

Previously, Nelson suffered a ribs injury from his fight against Gilbert Burns in September 2019 and lost via unanimous decision. In January 2020, Nelson has stated that he would return to the octagon, but due to this injury, he was unable to.

Gunnar Nelson joined the UFC in 2012 and has fought 13 times with 5 losses.

Currently, Gunnar Nelson is ready to fight. His longtime coach John Kavanagh isn’t doing him any favors by offering him up as a Khamzat Chimaev potential opponent. The long-time head coach of Conor McGregor and Gunnar Nelson pitched this idea on his Twitter account on November 24th.

Gunnar Nelson joined the UFC in 2012 and has fought 13 times with 5 losses.